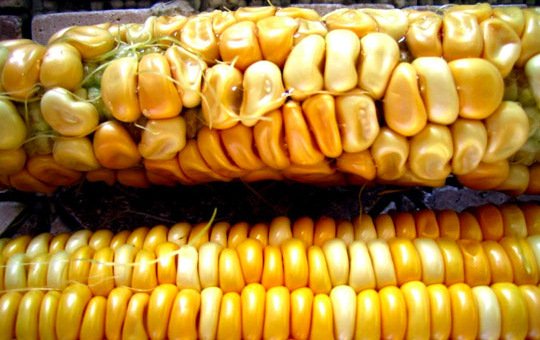 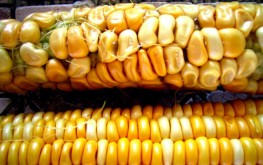 What happens when more people hear about the damaging effects of GMO? You run out of a viable market for your goods. That’s what is happening to Agro-giant, Syngenta, who halted its commercial sales of a new GMO corn strain due to lack of approval for their genetically modified goods.

The company has already been accused of wire tapping a prominent scientist who let the world know just how bad one of their widely-used chemicals, atrazine, was for the endocrine system. Apparently even stalking an honest researcher isn’t enough to prevent a black-listing of their own genetically modified corn containing the Agrisure Duracade trait, which supposedly protects crops from rootworms.

This corn was to be ready for planting the first time this year, but now without overseas importer’s OK – including Japan, Mexico and South Korea – Syngenta is left holding their proprietary seeds themselves. Syngenta’s corn has also not been approved for two larger markets it was hoping to woo, China or the European Union.

“While the vast majority of the Canadian corn crop is typically directed to domestic markets in North America. . . we want to ensure the acceptance of any trait technology grown in Canada meets end-market destination requirements,” says Syngenta in a statement.

“The commercialization of Duracade could ‘further contaminate, slow down, gum up’ shipments of U.S. corn to China”, Rich Feltes, vice president of research for commodity brokerage R.J. O’Brien, said in a recent interview.

Corn containing the Duracade trait meant for Canada will be returned to sender, and exporters as well as farmers are relieved since they feared an unapproved trait could disrupt Canada’s grain supply trade. One of Canada’s biggest grain company Vice Presidents, Peter Entz, at Richardson International Ltd is elated to hear that Syngenta won’t sell Duracade corn in his country. He ships large volumes of corn to other countries, including the EU, where many GMO bans are being implemented, and Duracade corn is currently not authorized.

U.S. farmers are still at risk, however, since China or Europe could refuse shipments of corn that have traces of the Duracade corn, especially since different varieties of corn are harvested, transported, and stored together.

Sadly, farmers in Canada who were desirous of planting Syngenta’s new corn will instead plant other Sygenta seeds instead of opting for non-GMO alternatives. You would think that this one trade issue would speak to the farmers’ bottom line and encourage them to abandon GMO farming, but instead they just look to other genetically modified suicide seed.