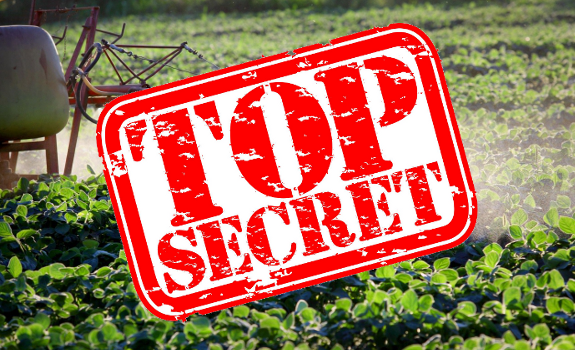 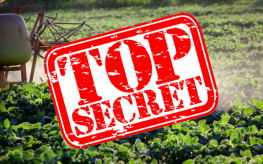 The systematic disempowering of scientists who would blow the whistle on Big Ag and chemical companies has just reached a fevered pitch. In a piece presented by The New Yorker, Syngenta, the maker of a popular herbicide – atrazine, has been exposed for the lying crooks and bullies it truly is. Syngenta wire tapped phones, tailed Tyrone Hayes on his way to meetings, and set up purposefully discrediting campaigns to tarnish his professional relationship – all because this biologist from UC Berkeley told the truth about the herbicide interrupting endocrine functioning and causing cancer.

This is not a conspiracy theory, and the scientist in question has had to fight for his reputation in order to continue work in his field. But it started out like a bad dream – feeling like the chemical company was ‘out to get him,’ and later finding insuperable evidence that this wasn’t just a hunch. His colleagues thought he was paranoid, but internal corporate documents later showed the truth. It’s a nightmare that we’ve all suspected – that chemical companies will stop at nothing to prevent the public from knowing just how poisonous their wares truly are.

Hayes was asked by Syngenta, one of the largest agribusinesses in the world, to conduct experiments on atrazine, an herbicide that is applied to more than half the GMO corn crops in the US. Hayes was recruited because he had already completed twenty papers on the endocrinology of amphibians and was considered one of the most promising professors in his field.

Surely, Syngenta was hoping to buy the scientist’s expertise in order to continue their propaganda about their herbicide being ‘safe,’ but Hayes found that atrazine impeded the sexual development of frogs, interrupted proper endocrine functioning, and even caused cancer. It is with these findings that he discontinued his relationship with Syngenta.

Three years prior, Hayes was studying the effects of atrazine on frogs himself, and he worried that Syngenta representatives were following him around to conferences where he presented his information globally. He had pangs of anxiety, wondering if the company wasn’t going to try to discredit him and ruin his professional standing.

He noticed there was always a stranger in the back of the room taking notes when he gave public talks. He was also still in touch with a few scientists from Syngenta and realized they had the details about his work schedule, even when he stayed in a different hotel each night while visiting Washington, D.C. This made him suspect that they were reading his e-mails.

He began sending copies of his emails to his parents in sealed boxes to protect himself, one stating he had “risked my reputation, my name . . . some say even my life, for what I thought (and now know) is right.”

There were other scientists who had found similar findings to Hayes, but not to the same degree and with as much clarity as Hayes’ findings.

Colleagues were worried about his concerns, but ignored the implications thinking Hayes was possibly delusional – until hundreds of Syngenta’s internal notes, emails, and memos were exposed in Environmental Health News (in partnership with 100Reporters) following two class-action settlements brought by three cities against Syngenta for “concealing atrazine’s true dangerous nature.” It turns out their poisons had been polluting the cities’ drinking water.

It was Tyrone Hayes’ work that gave the cities the scientific basis to win the lawsuit, but it was also their lawsuit that exposed the documents proving Hayes’ suspicions that Syngenta was trying to discredit him. The pubic relations department even had a list of goals, among which was written: discredit Hayes, and “prevent citing of TH data by revealing him as noncredible.”

This is an information war now. The truth about these chemical poisons made by Big Ag and biotech will not be suppressed. Stand against their malicious disinformation campaigns and spread the facts about these agricultural posions.