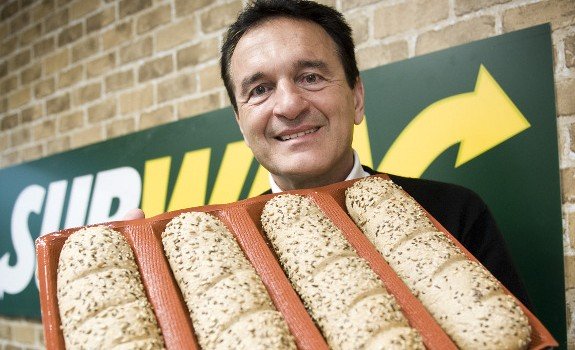 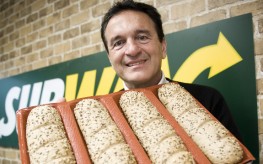 A chemical that is used to make yoga mats, the rubber soles for shows, and synthetic leather is also in Subway’s fresh-baked breads, but due to a blogger’s active voice, the nationwide sandwich chain plans to remove the additive, azodicarbonamide, which bleaches the flour and prepares the bread for baking.

Blogger Vani Hari, known as Food Babe, created awareness around the topic when she posted an online petition suggesting the known carcinogen shouldn’t really be in our food supply. Just days later, Subway decided to phase it out of its bread.

The cancerous compound has already been phased out in numerous other countries, from Australia to Europe. The World Health Organization has linked it to asthma, but McDonald’s and Wendy’s use the additive, too, as do many other food companies. (The McRib from McDonald’s is just one of many foods which contain the toxic substance, as NaturalSociety’s Anthony Gucciardi points out in a piece from early 2013).

The FDA has been pressured to ban azodicarbonamide, since it is still currently legal by both the USDA and FDA’s estimation. While the FDA says they are prepared to take action “if there are any safety concerns,” they also state that, “there is a reasonable certainty of no harm,” as long as the additive is used within the intended conditions of use. Does that include the ‘intention’ of causing cancer? Numerous other countries seem to think so, hence the ban of the substance.

Subway has never used azodicarbonamide in ways that the FDA hasn’t approved of, but the company is at least taking action after the public reminded them we were paying attention.

The Center for Science in the Public Interest agrees that the toxic additive should be removed from our food supply. Even if the additive only ‘slightly’ increases the exposure to a known carcinogen – why should it be in our food?

To all who signed the petition instead of caring about the latest Justin Bieber malarchy, thank you! Now, let’s get other food companies to follow Subway’s lead.

Don’t sit down and be quiet like we’re told so often – speak out. It works.