Tobacco (Likely GMO) Virus Found to be Killing the Honeybees 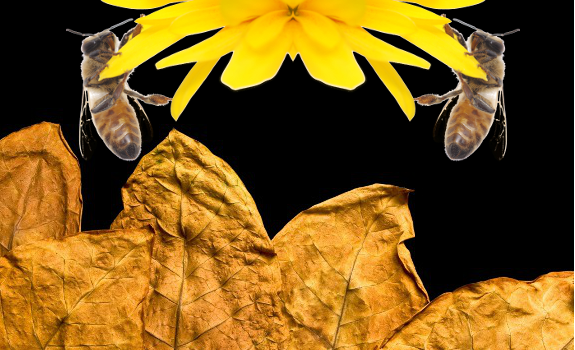 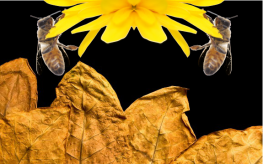 Without bees, our entire food supply is in danger of collapsing, not just the bee colony. A phenomenon called colony collapse disorder (CCD) has been killing our bees since the early 2000s, but it looks like one of biotech’s favorite transgenic GMO crops could be the culprit – a pathogenic virus has jumped from the tobacco plant (tobacco is heavily GMO) to one of Mother Nature’s hardest workers – the honeybee.

“CCD is characterized by the abrupt and mysterious disappearance of all adult honey bees in a hive. A few young bees and perhaps the queen may remain, or there may be no bees left. Honey and pollen are usually present, and there is often evidence of recent brood rearing (the process involving egg laying, feeding larvae, and keeping pupae warm which produces more adult bees). This sudden evacuation is very abnormal, because bees are not prone to depart a hive if there is brood present. If honey bees disappear or continue to die in rapid numbers our food supply will decrease in supply and increase in price.”

A new joint study from the USDA’s Agricultural Research Service in Beltsville, Maryland and the Chinese Academy of Agricultural Science in Beijing published in mBio, the American Society for Microbiology’s journal, suggests that aside from neonicotides, parasites, pesticides, and other bee killers, a tobacco virus is what is killing our bees. The study calls it the Tobacco Ring Virus (TRSV) and points to it as a probable cause of CCD. It seems strange that a virus could jump from plant to animal, but in the mad science world of biotech, it isn’t uncommon.

The really scary part of the TRSV virus is that not only is it jumping from one species to another, but it is moving up 6 levels in biological hierarchy from the plant to animal kingdom. For those of you who have not studied biology, there are normally stop-gaps, or checks in balance in mother nature via 9 levels, namely: species, genus, family, order, class, phylum, kingdom, domain, and life. The plant virus spreads horizontally between bees and vertically from eggs to queen bees.

Jilian Li of the Chinese Academy of Agricultural Science in Beijing stated:

“The results of our study provide the first evidence that honey bees exposed to virus-contaminated pollen can also be infected and that the infection becomes widespread in their bodies.”

“The increasing prevalence of TRSV in conjunction with other bee viruses is associated with a gradual decline of host population and supports the view that viral infections have a significant negative impact on colony survival.”

The tobacco plant was one of the first known genetically modified organisms (barring the wicked genetic retooling that likely happened behind closed doors) first modified in 1982. It is now a plant that researchers in Germany call something from ‘The Little Shop of Horrors’ since: “…they have isolated the genetic switch that tells the tobacco plant to stop growing, flower and die. By suppressing that gene, the scientists have tricked the plants into growing like Jack’s beanstalk — even the older leaves stay green and healthy.”

While this might seem wonderful to those with a brown thumb, even more so to Tobacco companies of the Marlboro days, it also means that the GM tobacco plant is likely now going to keep spreading the TRSV with greater tenacity.

Transgenic genetic engineering isn’t the be-all end-all that scientists thought it would be, and this is why it differs from cross-breeding or even hybridization carried out without genetic mutation.

Transgenic engineering was supposedly successfully used to create a virus-resistant papaya in Hawaii, but GM papaya helped to create the very virus that is now jumping from tobacco to bee colonies – (PRSV). It’s your worst nightmare, folks, unless of course you look forward to bioluminescent people with an extra head and broccoli sprouts for fingers.