Investigation Reveals Subway Chicken is only About 50% Chicken DNA

The remaining DNA comes from a known allergen

As far as fast-food joints go, Subway is considered to be one of the healthier ones. The chain offers many low-calories menu items, and it agreed to ditch a harmful bread additive found in yoga mats after concerned citizens inked a petition demanding the chemical’s removal. But an investigation by the CDC Marketplace reveals what some are calling a disturbing and disgusting secret about Subway’s chicken strips: they’re not 100% chicken. [1]

A Marketplace DNA analysis of the chicken, found in Subway’s grilled sandwiches and wraps, found that in the case of 2 popular Subway sandwiches, the strips only contained about 50% chicken DNA.

An unadulterated piece of chicken should come in at 100% chicken DNA. Seasoning, processing, and marinating can drop that number, so fast-food chicken seasoned for taste shouldn’t be expected to reach 100%. But out of all the sandwiches tested, Subway had the lowest percentage of chicken DNA:

Subway’s oven-roasted chicken scored a mere 53.6% chicken DNA, while the chain’s chicken strips scored only 42.8% chicken DNA. So, what else comprises most of Subway’s chicken?

In other words, you’re not just being fooled when you bite into a Subway chicken sandwich or wrap, you’re also consuming a major potential allergen. 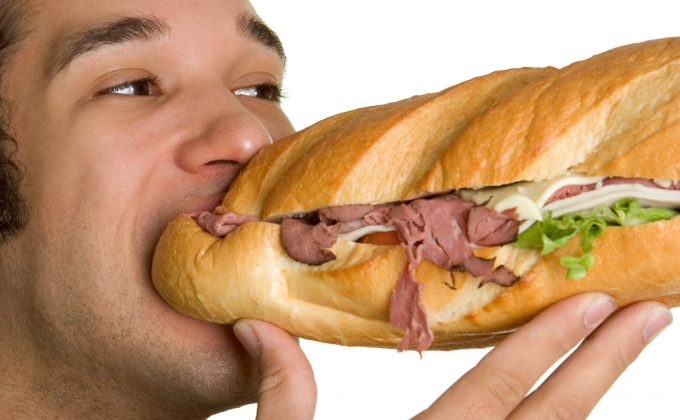 The Marketplace investigation found that once the other (read: non-chicken) ingredients are factored in, the fast-food chicken contained about 1/4 less protein than you would get in a home-cooked piece of the poultry. Do you like a side of salt with your healthy chicken wrap? I hope so, because the sodium levels tested proved to be 7-10 times what they would be in a piece of unadulterated chicken.

Subway’s chicken is hardly fresh from the farm, as the company’s ads would have you believe.

Read: 4 Huge Reasons why Soy Should be Avoided

Ben Bohrer, a food scientist at the University of Guelph, says the fast-food industry is well-known for its “restructured products” – smaller pieces of meat or ground meat held together by other ingredients to make them last longer and taste better. It’s a way for fast-food restaurants to make money off unknowing peoples.

If you’re a heart patient who eats at Subway thinking it’s a healthier, lower-salt alternative to McDonald’s, Burger King, or Wendy’s, it’s time to start packing your lunch instead.

Not Great for Diabetes, Either

Subway isn’t a great choice for people with diabetes, either. Nutritionist and registered dietitian Christy Brissette says that most of the added ingredients in fast-food meats are variants on salt and sugar, and the added sugar in these products can crank the carbohydrate level of a chicken breast to well above the 0% it should be.

In a statement, Subway said:

“Our recipe calls for one per cent or less of soy protein in our chicken products. We will look into this again with our supplier to ensure that the chicken is meeting the high standard we set for all of our menu items and ingredients.”

“SUBWAY Canada cannot confirm the veracity of the results of the lab testing you had conducted. However, we are concerned by the alleged findings you cite with respect to the proportion of soy content. Our chicken strips and oven roasted chicken contain 1% or less of soy protein. We use this ingredient in these products as a means to help stabilize the texture and moisture. All of our chicken items are made from 100% white meat chicken which is marinated, oven roasted and grilled.”