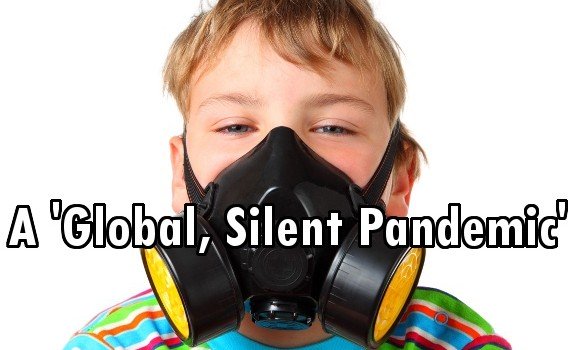 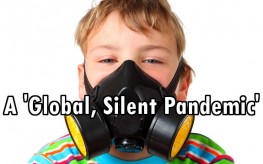 You don’t have to be a doctor or even a parent to notice the increasing number of children shouldering heavy diagnoses. Conditions like ADHD and autism are far more common now than they were just a few decades ago. While some of this could be attributed to Big Pharma’s need for a greater demand (and conventional doctors answering that call in kind), to ignore the potentially disastrous effects of common pesticides, solvents, and other toxins in our world would be remiss.

A new study published in the Lancet Neurology indicates not only could these toxins be having damaging effects on the youngest among us, but their dangers are being shoved under the rug.

“The greatest concern is the large numbers of children who are affected by toxic damage to brain development in the absence of a formal diagnosis. They suffer reduced attention span, delayed development and poor school performance. Industrial chemicals are now emerging as likely causes,” said researcher and adjunct professor of environmental health at Harvard School of Public Health Philippe Grandjean.

Grandjean and Philip Landrigan, Dean for Global Health at Mount Sinai, built upon similar research in 2006 in which they identified five industrial chemicals as “developmental neurotoxins”, according to Common Dreams. Those five included methylmercury, lead, arsenic, toluene, and polycholorinated biphenyls.

Read: 6 Toxic Products to Eliminate from Your Home

“The presumption that new chemicals and technologies are safe until proven otherwise is a fundamental problem,” wrote the authors. “Voluntary controls seem to be of little value.”

Unfortunately, even once “proven otherwise” they remain on the market and as corporations who use them become deeply invested in their continued use, the toxins become more difficult to limit and regulate.

Grandjean and Landrigan say the solution to this “global, silent pandemic” needs to be an international one, where such chemicals are tested before they are given the green light. Further, those already on the market should be tested and reigned in now.

“The problem is international in scope, and the solution must therefore also be international,” Grandjean stated. “We have the methods in place to test industrial chemicals for harmful effects on children’s brain development—now is the time to make that testing mandatory.”