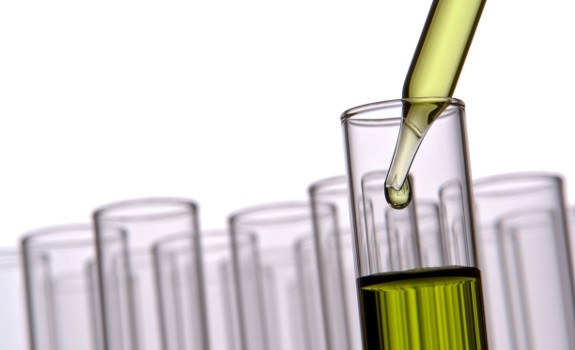 Just in case you didn’t know, chemical flame retardants are widely present not only in our food, but also in many other products. Many of these chemicals accumulate within the blood, fat, and even breast milk, causing a number of unknown health risks. While more research needs to be done on the use of these chemicals (for the sake of consumers), one common ingredient in flame retardants, BDE-49, has recently been found to damage neural mitochondria, leading to brain damage.

In addition to finding a link between BDE-49 and reduced brain power, the study, carried out by scientists at the UC Davis MIND Institute and published in the journal Toxicology Sciences, also found evidence of autism effects being amplified by environmental factors. Specifically, they found that loss of PTEN protein (something associated with signs of autism in mice) causes neurons to be more vulnerable to damage.

BDE-49 is one of a family of chemicals called polybrominated diphenyl ethers (PBDEs). These chemicals are similar to polychlorinated biphenyls (PCBs), which, while widely used in the past in plastics, paint, and in the production of equipment like transformers and electric motors, have been banned due to a link to cancer.

“There are PBDEs in furniture, carpets, car seats, baby clothing — pretty much everywhere,” said Cecilia Giulivi, professor, Department of Molecular Biosciences in the School of Veterinary Medicine at UC Davis and lead author for the study. “Unfortunately, BDE-49 levels are not usually measured in human samples. Nobody has been focusing at understanding the toxicity of BDE-49 on mitochondria…. We were surprised to find that you need only tiny concentrations of BDE-49 to do significant damage. Similarly low concentrations of BDE-47 routinely are found in children’s blood samples.”

Needless to say, this isn’t the only research pointing out the damaging effects of PBDEs. After testing blood sample from pregnant women and again once the children turned 5 and 7 years old, researchers from the University of California Berkeley found that the blood of over 97% of all mothers and children had unsettling levels polybrominated diphenyl ethers (PBDEs). These chemicals were found to have numerous negative neurological effects.

The study concluded with:

“Both prenatal and childhood PBDE exposures were associated with poorer attention, fine motor coordination, and cognition in the CHAMACOS cohort of school-age children. This study, the largest to date, contributes to growing evidence suggesting that PBDEs have adverse impacts on child neurobehavioral development.”

It is well known among researchers that California residents have among the world’s highest levels of PBDEs in their bodies due to a fire-safety law enacted in 1975. While the state has mandated that flame retardants be applied to a variety of products for decades, California recently moved to address the flame retardant issue with a new proposed standard – TB 177-2013. The new proposition is said to eliminate use of flame retardants by requiring smolder tests on fabrics instead of open flame tests for foam.