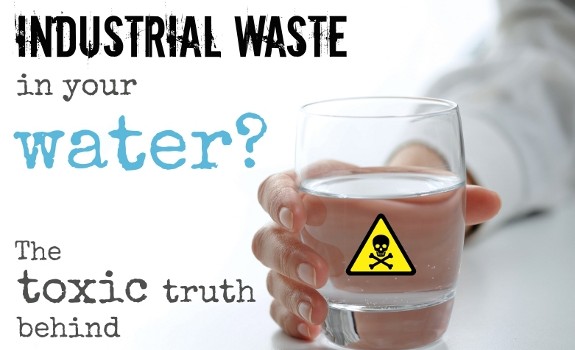 A newly published study in Harvard’s The Lancet weighs in on the toxins causing autism and ADHD (attention-deficit hyperactivity disorder). Researchers from the Harvard School of Public Health (HSPH) and the Icahn School of Medicine at Mount Sinai (ISMMS) say that along with these numerous environmental toxins, fluoridated water is adding to the higher incident of both cognitive and behavioral disorders.

Harvard had already published a study in 2006 that pointed to fluoride as a ‘developmental neurotoxicant’, and this newer study looks to over 27 additional investigations into the matter via meta nalysis. In the previous study, it was already established that fluoride consumption lowered children’s IQ scores. The left-over from industry, passed off as ‘medicine,’ obstructs brain development, and can cause a full spectrum of serious health issues – from autism to dyslexia, ADHD, ADD, and more.

The study calls the effects from this chemical a ‘silent epidemic’ that mainstream media  and many scientific papers have ignored.

Two of the main researchers involved in the study, Philippe Grandjean from HSPH and Philip Landrigan from ISMMS, say that incidences of chemical-related neurodevelopmental disorders have doubled over the past seven years from six to 12.

The study admits that there are numerous chemicals to blame – many of which are untested or ceremoniously approved by the FDA, USDA, and CDC without truly knowing their long term ramifications on human health – but that fluoride is a definite culprit.

“[S]ince 2006, the number of chemicals known to damage the human brain more generally, but that are not regulated to protect children’s health, had increased from 202 to 214,” writes Julia Medew for The Sydney Morning Herald. “The pair said this could be the tip of the iceberg because the vast majority of the more than 80,000 industrial chemicals widely used in the United States have never been tested for their toxic effects on the developing fetus or child.”

The fact is that fluoride, pesticides, herbicides, heavy metals, radioactive isotopes, GMO foods, and weather warfare chemicals are creating a neurological-toxic mix that is unprecedented in human history.

Fluoride, like other toxins, accumulates in the blood stream and even makes it past the blood-brain barrier. Eventually, as the body tries to protect itself from these unwanted substances, the substances make it into the bones and the organs, causing cancer, cognitive abnormalities, and even birth defects in unborn children. Fluoride is known to pass into the placenta in pregnant women, yet regulatory agencies ignore its toxic legacy.

The chemicals lurking in our food supply, water supply, and in our air and soil are causing the neurological decline of both young and old.