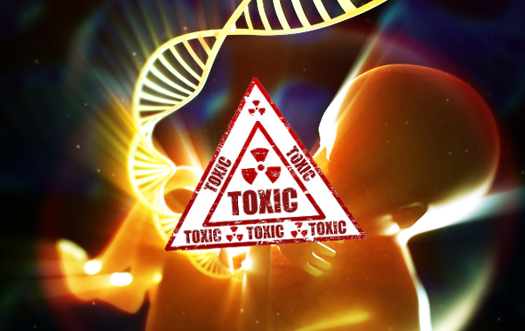 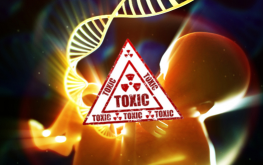 Researchers at the University of Chicago have just revealed the smoking gun at the root of autism in a new study published in the journal PLOS Computational Biology. Without a doubt, autism and intellectual disability (ID) are linked to toxin exposure while a baby is still being formed in the mother’s womb.

Andrey Rzhetsky, professor of genetic medicine and human genetics at the University of Chicago, says:

“Essentially what happens is during pregnancy… there are certain sensitive periods where the fetus is very vulnerable to a range of small molecules – from things like plasticisers, prescription drugs, environmental pesticides and other things. Some of these small molecules essentially alter normal development.

While this isn’t the first study to undeniably link environmental toxins to autistic effects, it is one of the largest.

“It’s time to start looking for the environmental culprits responsible for the remarkable increase in the rate of autism in California.”

Neurodevelopmental toxins are almost inescapable in our environment due to the shoddy regulation of an ever-expanding list of chemicals that food manufacturers and multinational corporations are allowed to release. Mercury, polychlorinated biphenyl, lead, brominated flame retardants, insecticides, pesticides, and heavy metals raining down on us from chemtrails in the sky are just a few of many examples.

Yet another study proves that key developmental stages (from 19 to 30 weeks gestation) can be adversely affected by environmental toxins. The study published in the New England Journal of Medicine compared brain autopsies of autistic children who had died from unrelated causes to those of normal ones. They found it wasn’t just the presence of toxins that did damage, but the timing of the exposure.

Autism, it seems undeniable now, starts in the womb. As women are subjected to toxins from every conceivable method – through food, air, the soil and water – they are creating a toxic brew within themselves which a small fetus can hardly weather. Without drastic reform of the toxins we allow in our environment, the autism rates which have been quadrupling every year will hardly cease or slow.