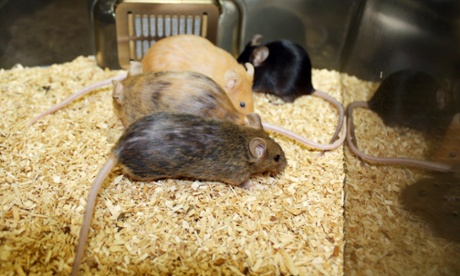 (NaturalSociety) Just when you think science can’t get any stranger, biotech researchers come out with another startling announcement. Scientists have now successfully recreated a living organ for the first time. Previously, non-living parts of the body were easily re-created, such as a human ear in a lab, from living tissue, and even a working lung which was announced just moths ago. Never before were they able to recreate an organ that is responsible for producing our immune cells – the thymus.

The breakthrough is being touted as a way to help people with compromised immune systems, but it might also be a dangerous step towards creating a genetic copy of the human being – as sci-fi as it sounds – a cyborg.

Scientists at the University of Edinburgh succeeded in regenerating the thymus from a living organ donor by reactivating a natural mechanism that shuts down as we age. Mice used for the study began making more white blood cells (T-cells) ,which help both animals and humans fight infection; however, it is not yet understood if the addition of new T-cells will improve the immune system. The T-cell boost was switched on by increasing a protein called FOXN1, turning stem cell-like cells into a fully grown thymus.

“Our results suggest that targeting the same pathway in humans may improve thymus function and therefore boost immunity in elderly patients, or those with a suppressed immune system. However, before we test this in humans we need to carry out more work to make sure the process can be tightly controlled,” said Clare Blackburn, Professor of Tissue Stem Cell Biology, MRC Centre for Regenerative Medicine.

Published in the journal Development, the study abstract reads:

“Thymic involution is central to the decline in immune system function that occurs with age. By regenerating the thymus, it may therefore be possible to improve the ability of the aged immune system to respond to novel antigens…We demonstrate that the regenerated organ closely resembles the juvenile thymus in terms of architecture and gene expression profile, and further show that this FOXN1-mediated regeneration stems from an enlarged TEC compartment, rebuilt from progenitor TECs.

Collectively, our data establish that upregulation of a single transcription factor can substantially reverse age-related thymic involution, identifying FOXN1 as a specific target for improving thymus function and, thus, immune competence in patients. More widely, they demonstrate that organ regeneration in an aged mammal can be directed by manipulation of a single transcription factor, providing a provocative paradigm that may be of broad impact for regenerative biology.”

As with any genetic tinkering, there are long-term studies which should be evaluated before allowing scientists to go full-steam ahead creating lab-humans. Without any studies on the long-term effects of this biotech bent, we could end up with human beings that are much like GMO crops – bound to fail in the end, while wiping out the ‘natural’ version in the process.

We should move forward with caution.