Hotly Debated: 1240 Scientists Demand Seralini GMO Study be Republished, Will NOT Be Suppressed 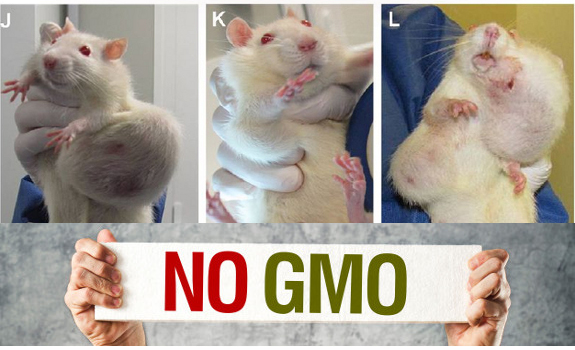 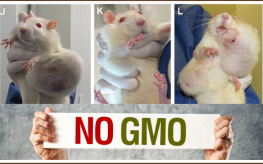 Over 1240 scientist signatories have demanded that a study previously published on the toxic effects of GMO maize and RoundUp that was retracted by the journal Food and Chemical Toxicology (FCT) be reinstated. This is a massive backlash against an industry that has tried to silence well-qualified scientists from publishing the truth about GMOs.

These scientists and others plan to boycott Elsevier -a ‘world-leading provider of scientific information – until the journal, FCT, reinstates a study carried out by Gilles Eric Séralini et al., which was been debated throughout scientific and non-scientific circles alike.

Professor Gilles-Eric Séralini is a biologist at the University of Caen. He published a study on GMOs which clearly showed how damaging they were to health, and pointing out that “Agricultural GMOs do not exist independently of pesticides.” That study can be found here.

“The suppression of scientific evidence for commercial gain should be punishable by criminal charges. The tobacco companies got away with this for nearly 30 years before the world woke up to the problem, and even then the response was insufficient. The risks posed by the epigenetic response of plant DNA to foreign genes is potentially catastrophic, and the precautionary principle should apply. Censoring science is playing with peoples lives.”

Following is part of the statement published by Elsevier referencing their retraction:

“The journal Food and Chemical Toxicology retracts the article “Long term toxicity of a Roundup herbicide and a Roundup-tolerant genetically modified maize,” which was published in this journal in November 2012. This retraction comes after a thorough and time-consuming analysis of the published article and the data it reports, along with an investigation into the peer-review behind the article.  The Editor in-Chief deferred making any public statements regarding this article until this investigation was complete, and the authors were notified of the findings.”

Seralini has vowed he will republish his study. He believes the study was only retracted due to lobbyist pressure and the symbolic effect the study would have on the industry. With the retraction of this study (and despite others indicating GMO dangers), companies like Monsanto, the makers of RoundUp chemicals, can say, ‘there has never been a study proving GMOs pose a health risk.’ That is quantifiably wrong.

One of the comments posted on the retraction and attempted silencing of the scientists involved in the Seralini study sums up the issue perfectly:

“Our American children have been the unwilling science experiments to GMOs and their health issues have skyrocketed. 1 out of 2 of our children will have Autism in 20 years if we keep going at the rate we are now. Diabetes expenses will eat up all of our federal health care budget in 13 years. Failure to conceive in the US is now at 30%. These and many more health conditions have been linked to GMOs and Glyphosate. Moms Across America are seeing their children get better when they get off GMOs, from autism, allergies, auto immune and asthma.

Seralini’s study was a warning, Moms choose to heed it and be “Better safe than sorry”. We chose raise awareness to fight to get GMOs labeled and eat GMO free and organic or the future of our country and the world. And we will never stop. We will not give up. Because the love for our children will never end. We are supported by Seralini’s undauntable courage and applaud his research.” – ZEN HONEYCUTT

Why did Monsanto want this study to disappear? You can find one reason in this simple statement:

Monsanto cannot suppress us forever. Join the masses who are telling Monsanto we know the truth about their poison crops, and we won’t be suppressed any longer. Seralini’s study needs to be on the front of every major news publication when it is republished. The biotech trolls should have a heyday trying to shoot it down a second time.

26 responses to “Hotly Debated: 1240 Scientists Demand Seralini GMO Study be Republished, Will NOT Be Suppressed”