In the U.S., 77,500 people are on the organ transplant waiting list. Every 10 minutes, someone is added to that list. On average, 22 people die each day awaiting a transplant. The numbers certainly are discouraging. To try and tackle the problem, scientists at UC Davis have developed embryos that are part human and part pig, and are implanting them in sows. [1] [2]

These multi-species critters are called “chimeras.” In Greek mythology, they were fire-breathing monsters that were combinations of snake, goat, and lion. But today, as Gizmodo explains, “chimera” is a scientific term for “an animal that has genetic information from more than one species.”

Once the human-pig embryos are implanted into sows, they gestate for 28 days before the pregnancies are terminated (the full gestation period for pigs is 114 days). Scientists then analyze the fetal tissue to make sure everything is developing normally.

Last September, the U.S. National Institutes of Health (NIH) placed a moratorium on funding the experiments until more information becomes available concerning the potential implications. In theory, the pigs should develop as normal pigs, but what if some of the stem cells travel to the animals’ brains and make them…more human? It sounds like science fiction, but it’s a scenario the NIH is taking seriously.

The hope of the UC Davis researchers is that the human stem cells will be accepted into the genetic niche in the pig embryo, leading the resulting fetus to grow a human pancreas.

Pablo Ross, a reproductive biologist who is leading the research, says:

“Our hope is that this pig embryo will develop normally but the pancreas will be made almost exclusively out of human cells and could be compatible with a patient for transplantation.”

And as for the potential for pigs to develop human-like brains, well, even Ross admits it’s not beyond the realm of possibility. He says:

“We think there is very low potential for a human brain to grow, but this is something we will be investigating.”

In past experiments, Ross’ team injected human stem cells into pig embryos, but without first creating a genetic niche. Although the researchers later found human cells in several parts of the developing fetus; these cells “struggled to compete” with the pig cells.

Other research teams in the U.S. have created human-pig embryos; but so far, none of the fetuses have been allowed to be born. 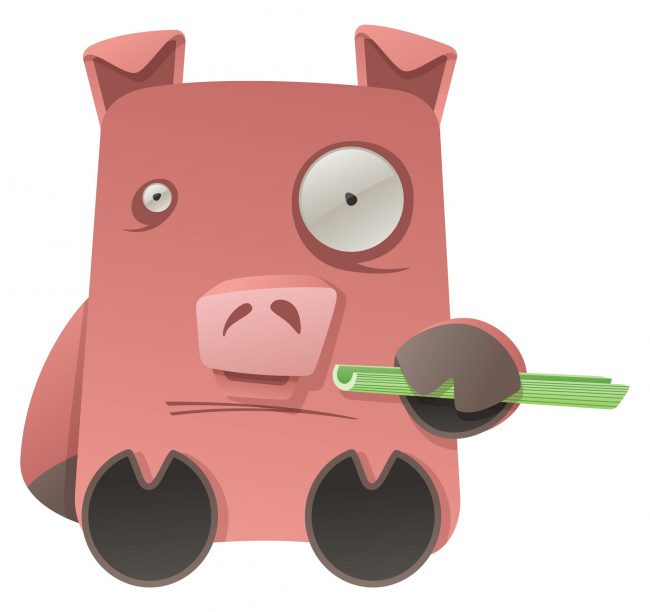 Pigs are an ideal “incubator” for human organs, says Walter Low, professor in the University of Minnesota’s Neurosurgery Department, and could potentially be used to also create kidneys, lungs, livers, hearts, and corneas.

Read: Scientists Claim to Have Created 99% of a Human Brain

Using the liver as an example, he explains:

“The organ would be an exact genetic copy of your liver but a much younger and healthier version and you would not need to take immunosuppressive drugs which carry side-effects.”

Low’s team is currently attempting to use chimeric embryos to create dopamine-producing human neurons for treating patients with Parkinson’s disease. Those embryos as permitted to gestate for up to 62 days, with the normal gestation period being 114 days.

Like the UC Davis researchers, Low said they were monitoring the effects on the pig brain. He says:

“With every organ we will look at what’s happening in the brain and if we find that it’s too human like, then we won’t let those fetuses be born.”

There is another ethical issue to consider, besides potentially giving pigs human brains: the suffering of animals.

The idea of farming animals for organs has many animal-rights activists dismayed, particularly organizations campaigning for an end to factory farming.

“I’m nervous about opening up a new source of animal suffering. Let’s first get many more people to donate organs. If there is still a shortage after that, we can consider using pigs, but on the basis that we eat less meat so that there is no overall increase in the number of pigs being used for human purposes.” [3]