Russia Steps Up: ‘Major Fines’ for Corporations Without GMO Labeling 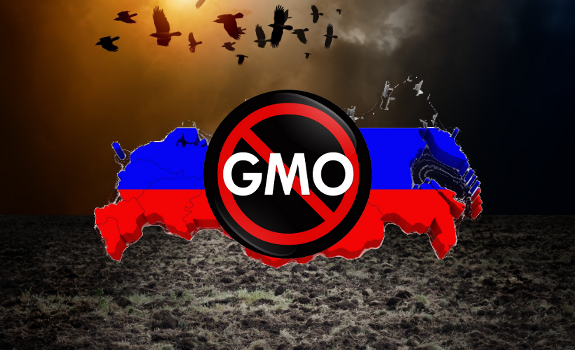 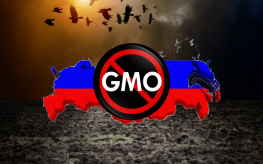 As the U.S. Food and Drug Administration, the U.S. Department of Agriculture, and government officials in Congress continue to ignore America’s pleas for GMO labeling, the Russian government’s legislative commission has moved another step toward GMO-rejection, approving a bill to charge steep penalties for GMO labeling violations.

Submitted by the Federal Service for Supervision of Consumer Protection and Welfare (Rospotrebnadzor), the bill will charge big fines for vague or unclear labeling of any food which contains genetically modified ingredients. Individual entrepreneurs will be fined up to 50,000 rubles ($1,300), and the products confiscated, while larger businesses will face fines of up to 150,000 rubles (over $4,000).

President Putin has said that Russia must protect its citizens from over-consumption of products containing genetically modified organisms due to serious health concerns associated with these crops. Prime Minister Dmitry Medvedev followed Putin’s lead saying that Russia has no intention to import GMOs.

Russian Minister of Agriculture Nikolai Fyodorov wants Russia to remain a GMO-free country. At a meeting of deputies representing rural areas organized by United Russia, he said that the government will not “poison their citizens.” Russia has even prepared a bill that would heavily restrict the import of genetically modified agricultural produce, as well as stop it altogether from being produced domestically. This is great for the people of Russia, as 80% of its citizens oppose GMO creations.


In the meantime, the Grocery Manufacturer’s Association (GMA) in the U.S. has allies in Congress holding up the demise of Monsanto, Dow, Bayer, Syngenta, and other companies responsible for poisoning Americans and others throughout the world.

In fact, our government has supported the GMA’s desire for a Federal voluntary labeling bill in Congress that would block states from passing meaningful mandatory labeling bills, redefine GE food as “safe,” and even allow GE foods to be labeled as “natural.”

A group of senators from Russia’s Federation Council introduced a bill last February which would prohibit the distribution and import of products containing GMOs in Russia. That means NO U.S. exports of GM crops.

The Russian agricultural industry has long maintained extensive restrictions on the use of technology related to GMOs, and this is why they currently only have 18 lines for GMO foods in the current bill. The senators say that because of its World Trade Organization membership, Russian markets could import numerous genetically modified products from other countries, thereby destabilizing Russia’s non-GMO farming practices.