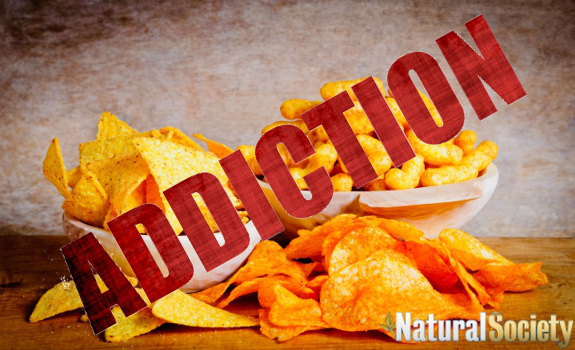 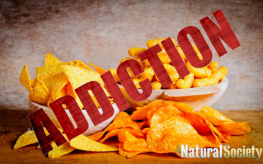 A new study has found what many studies have already concluded – that the junk food plaguing grocery store shelves alters certain parts of your brain responsible for levels of hunger, thirst, and the body’s natural rhythms and cycles. In other words, processed foods and junk foods are addictive.

The group who ate the high-glycemic milkshake was far hungrier after a four hour period than the other group, indicating that a high glycemic response could cause someone to crave foods more intensely and sooner than those who eat healthier options.

Further, brain scans revealed those who drank the high-glycemic milkshakes had an intense response in the nucleus accumbens, an area of the brain crucial in pleasure and reward response. This is the same area of the brain that has displayed similar activation patterns with the consumption of heroin and cocaine.

Other studies have had similar findings, including one in July from Boston Children’s Hospital where study subjects were given high-GI meals and low-GI meals. Brain scans revealed similar pleasure-center activations, again suggesting addiction comparable to drug addiction. In fact, hundreds of studies have been published on food addiction, with many of them finding processed foods and sugar to be similarly addictive as drugs cocaine or heroin.

According to BussinessWeek, 28 scientific studies on food addiction were published in 2001 alone.

“If fatty foods and snacks and drinks sweetened with sugar and high fructose corn syrup are proven to be addictive, food companies may face the most drawn-out consumer safety battle since the anti-smoking movement took on the tobacco industry a generation ago.”

Dr. Lennerz says her study went a step further by using similar tasting and appearing foods for both study groups.

“But those studies typically compare grossly different foods, such as cheesecake versus vegetables, and raise the possibility of confounding. This means the addictive pattern may be caused by any number of food properties, such as appearance or taste, a subject’s preference for certain foods, or the number of calories consumed.”

While some people say comparing food addiction to drug addiction is unfair because we need food to survive, they are missing the point that those addictive foods are not only not needed for survival, they hinder our chances for survival by encouraging disease and death – when compared with healthful, natural foods.

One response to “Processed Foods Similarly Addictive as Illicit Drugs, Another Study Finds”