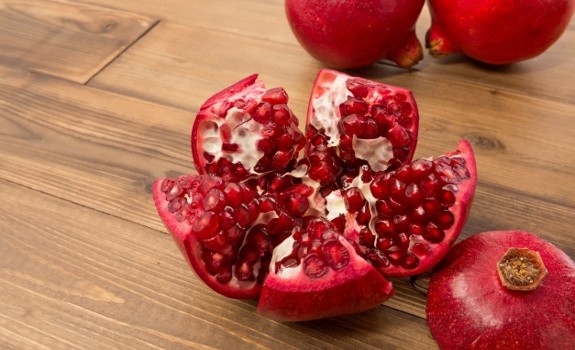 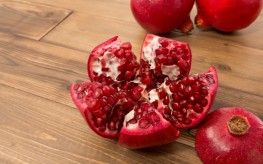 A failing or even slightly bad memory is a common complaint of the elderly and even middle-aged adults. The demand for an answer to this widespread problem has led to numerous supplements and even online games to help hone and tone the memory. Preferring medicinal food to any pill, however, new research from Evidence-Based Complementary and Alternative Medicine offers a promising potential solution in the form of pomegranate juice.

In this latest study, subjects with self-reported memory problems were randomly assigned to receive 8 ounces of pomegranate juice of a placebo with similar flavor. Over a four-week study period, the subjects participated in memory tests, MRI scans, and blood draws.

Those participants in the pomegranate juice group saw “significant improvement” in their verbal memory tests and their plasma antioxidant levels. They even showed increased brain activity during memory and verbal testing, suggesting the juice helped encourage increased blood flow to “critical task-related” regions of the brain.

“After 4 weeks, only the pomegranate group showed a significant improvement in the Buschke selective reminding test of verbal memory and a significant increase in plasma trolox-equivalent antioxidant capacity (TEAC) and urolithin A-glucuronide. Furthermore, compared to the placebo group, the pomegranate group had increased fMRI activity during verbal and visual memory tasks. While preliminary, these results suggest a role for pomegranate juice in augmenting memory function through task-related increases in functional brain activity.”

Of course, this isn’t the first study to extol the virtues of this exotic and unusual fruit. Pomegranate is filled with antioxidants and beneficial compounds that have been shown to potentially help with everything from fetal health to weight loss. Numerous studies of years past have linked pomegranate with its vascular benefits. When cut in half, the fruits resemblance to a human heart is unmistakable and offers a hint as to its health perks.

One study published in the American Journal of Clinical Nutrition found that patients with atherosclerosis, or hardening of the arteries, saw major benefits after supplementing with pomegranate juice. As a matter of fact, after one year of drinking the juice they saw the clogging of their carotid arteries reduced up to 30%. The control group, who didn’t take the juice, saw an increase in blockage by up to 9%.

The improved blood flow that seems to result from regular pomegranate consumption could definitely play a role in its ability to improve memory and brain function, by increasing oxygen-rich blood to the regions of the brain needed during such tasks.

This research comes just in time for pomegranate season. We should begin seeing the delicious fruits available in produce departments in coming weeks.