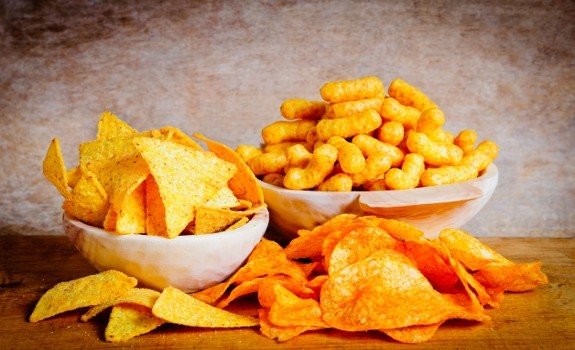 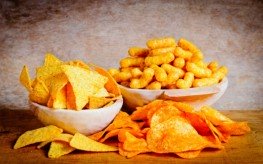 Convenient, conventional snack foods—there’s a reason one chip maker says, “Bet you can’t eat just one!” And that reason has nothing to do with you getting nutritional value from these snacks, but rather not getting value from them at all. These highly processed carbohydrates (including sugar and high fructose corn syrup) are addictive, plain and simple. And a recent study offers additional evidence to prove it.

The study was conducted at Boston Children’s Hospital, where patients were given a meal of either low glycemic index foods or those with a high glycemic index (quickly digesting carbs like sugar and white starches). Then, the researchers analyzed what went on in the brain after these meals.

“Compared with an isocaloric low-GI meal, a high-glycemic index meal decreased plasma glucose, increased hunger, and selectively stimulated brain regions associated with reward and craving in the late postprandial period, which is a time with special significance to eating behavior at the next meal.”

This means the brain scans affirmed what many have suspected for a long time—that highly processed simple carbohydrates lead to brief increased energy levels (through increased blood sugar), followed by a “crash”, and then by a craving for more. In other words, the brains demonstrated the cycle common in addictive substances. The study came to similar conclusions as past research finding that processed foods could actually be addictive as cocaine.

As with drugs, sugar and processed carbs alter brain chemistry. Dr. Robert Lustig of the Division of Endocrinology at the University of California and an expert in sugar metabolism explains:

“The brain’s pleasure center, called the nucleus accumbens, is essential for our survival as a species… Turn off pleasure, and you turn off the will to live… But long-term stimulation of the pleasure center drives the process of addiction… When you consume any substance of abuse, including sugar, the nucleus accumbens receives a dopamine signal, from which you experience pleasure. And so you consume more.

The problem is that with prolonged exposure, the signal attenuates, gets weaker. So you have to consume more to get the same effect — tolerance. And if you pull back on the substance, you go into withdrawal. Tolerance and withdrawal constitute addiction. And make no mistake, sugar is addictive.”

The addictive nature of these over-consumed foods could certainly be having a profound effect on the growing obesity rate. While the American Medical Association would have you think the “disease” of obesity is one treatable with prescription drugs and even vaccines, they are missing the fact that simply changing the addictive cycle of today’s processed foods could ultimately help someone reach optimal health and “cure” their obesity.

There are several ways you can stop the addictive cycle. Of course, eliminating as much sugar and processed carbs as possible is a good start. But, adding black coffee (which can block opioid receptors) and exercise to your daily routine can help you fight the urges to indulge.

One response to “Brain Scans Reveal that Processed Foods ARE Addictive…Again!”