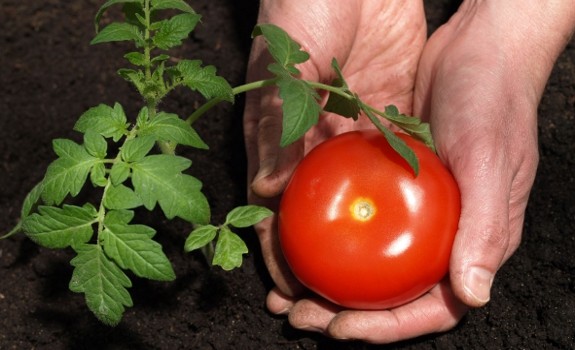 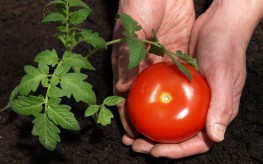 Is there a real nutritional difference between organic foods and traditional foods? The answer is “yes” for so many reasons, from the use of pesticides to synthetic fertilizers. To showcase the truths of this difference, a recent study found that tomatoes grown on an organic farm accumulate more sugar and vitamins than tomatoes grown conventionally.

For the study, which was published February 20 in the open access journal PLOS ONE by Maria Raquel Alcantara Miranda and colleagues from the Federal University of Ceara, Brazil. biochemical properties were compared between organic tomatoes and conventional tomatoes. The researchers hypothesized that organic tomatoes would be more nutritionally rich due to stressing conditions associated with organic farming.

In addition to the organic tomatoes being about 40% smaller, they also contained:

“Taken together, our observations suggest that tomato fruits from organic farming experienced stressing conditions that resulted in oxidative stress and the accumulation of higher concentrations of soluble solids as sugars and other compounds contributing to fruit nutritional quality such as vitamin C and phenolic compounds.”

Interestingly, this isn’t the only research to focus on the difference between organic and conventionally grown tomatoes. After analyzing 34 different phenolic compounds in organic and conventional tomatoes, another study conducted by the University of Barcelona came to similar conclusions. The researchers in this study found that while both organic and conventional tomatoes possessed the 34 beneficial compounds, organic tomatoes had much higher levels of polyphenols. These antioxidant chemical compounds are anti-inflammatory, anti-clotting, and fight diseases like cancers and chronic conditions like arthritis. Polyphenols have also been correlated with new brain cell growth.

“Organic farming doesn’t use nitrogenous fertilizers; as a result, plants respond by activating their own defence mechanisms, increasing the levels of all antioxidants”, first author of the article, Anna Vallverdú Queralt explains. “The more stress plants suffer, the more polyphenols they produce”, points out lecturer Lamuela.

Of course it isn’t so surprising to see organic food outranking conventional. In addition to being more nutritionally rich as a result of stressing conditions, fruit and vegetables grown organically aren’t subject to the harsh pesticides used on conventional produce. Pesticides have been linked to everything from birth defects to brain cancer.

While conventional farmers are doing everything believe is right (but is so wrong) to increase yields, the research suggests that plant stress and the focus for maximum yields and fruit size should be balanced.