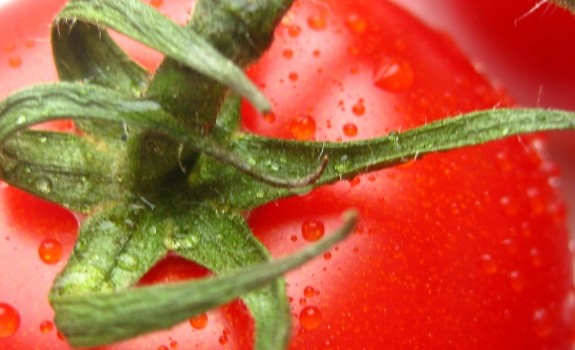 A study conducted by the University of Barcelona confirms what many have been saying for years: organic is not only better for the environment, it’s also more nutritious. With this particular study, organic tomatoes are examined to show how organic food really is better quality than traditional.

For the study, researchers compared organic tomatoes and conventionally grown Daniela tomatoes. Both had 34 beneficial compounds—more than one might get from supplements—but researchers also found that the organic group had higher levels of polyphenols. These antioxidant chemical compounds are anti-inflammatory, anti-clotting, and fight diseases like cancers and chronic conditions like arthritis. Polyphenols have also been correlated with new brain cell growth.

Lead author of the study—which was published in the Journal of Agriculture and Food Chemistry—says that the reason for the variation may be in the earth itself.  While conventional farmers grow tomatoes in nitrogenous fertilizers, organic tomatoes and other crops are grown without the use of these fertilizers.  In the latter instance, plants activate their own defense mechanisms, thereby raising antioxidant levels. Rosa M. Lamuela, co-author of the study, explains, “The more stress plants suffer, the more polyphenols they produce.”

This isn’t Lamuela’s first exploration of the organic movement. In an earlier foray, her team confirmed that organic tomato juice and ketchup have more polyphenols than the same conventional products.

The UK’s Food Standards Agency declared in a 2009 report that organic and conventionally grown foods showed no “nutritional difference.” The US’s Food and Drug Administration is wary of making claims either way (but we guess they’ll lean where the money blows). While the researchers agreed that more clinical studies were necessary to assess just how beneficial these additional antioxidants can be to humans, it’s a safer bet to buy and grow organic, anyway.

In addition to being more healthful for people, we might keep in mind that true organic farmers do not use synthetic fertilizers—a major contributor to environmental destruction. Toxic runoff into groundwater, algae blooms, and dead zones in the ocean are just some of the devastating effects of conventional farming. This only adds to the many reasons to engage in your own organic gardening. You can read more about the benefits of organic here.