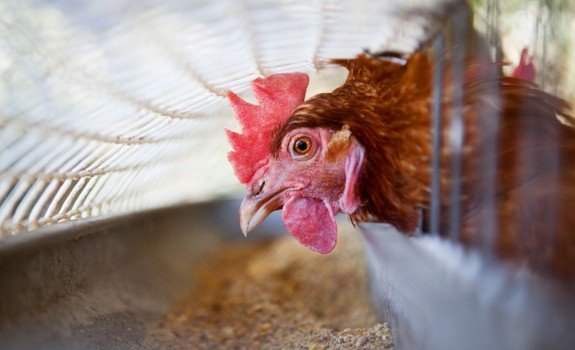 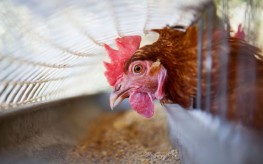 Did you know that thanks to excessive antibiotic use in livestock you are actually ingesting carcinogenic arsenic with your meat? A new study led by researchers at Johns Hopkins Center for a Livable Future at the Bloomberg School of Public Health found that chickens raised with arsenic-based drugs end up having toxic, inorganic arsenic in their meat. Unfortunately, this means countless consumers within the US are ingesting this known carcinogen.

For the study, which was published in the scientific journal Environmental Health Perspectives, researchers studied samples of conventional meat, conventional antibiotic-free meat, and USDA organic chicken from 1o different areas. Specifically, 116 raw and 145 cooked samples were tested for total arsenic, while 78 samples underwent speciation. The time frame for the study was from December 2010 to June 2011, allowing adequate time for testing.

Said to be the first study to identify and examine specific arsenic forms, the research found that chickens fed arsenic-based antibiotics pose a public health risk. The study authors go on to say that the Food and Drug Administration has a duty to wipe drugs like Roxarsone off the market to protect consumers, as is the organization’s job.

“The suspension of roxarsone sales is a good thing in the short term, but it isn’t a real solution. Hopefully this study will persuade FDA to ban the drug and permanently keep it off the market,” lead author Keeve Nachman, PhD, said.

Most concerning about these findings may be the concentrations of inorganic arsenic within the meat. While the FDA has not established a ‘safe level of exposure’ for inorganic arsenic in foods, the amount of arsenic in the meat where the drug roxarsone was found were often 2-3x greater than the FDA’s suggestion in 2011 that concentrations should be below 1 microgram per kilogram of meat.

The study abstract concluded with:

“Conventional chicken meat had higher iAs concentrations than conventional antibiotic-free and organic chicken meat samples. Cessation of arsenical drug use could reduce exposure and the burden of arsenic-related disease in chicken consumers.”

Exposure to high levels of inorganic arsenic could result in lung, bladder and skin cancers, and has been associated with other conditions as well.

So what’s the solution to this problem? As we at NaturalSociety have been advocating for years, it’s essential that you buy USDA organic, antibiotic free meat. Until the FDA steps up and takes care of this issue, going organic is the best way to minimize exposure to all antibiotics, including arsenicals like roxarsone. Going one step further, everyone can benefits from partaking in numerous detoxing and cleansing solutions. Arsenic, along with countless other toxic substances, can be removed from the body — and doing so will ensure that you experience a health boost and bypass all of the negative effects associated with harmful contaminant exposure.