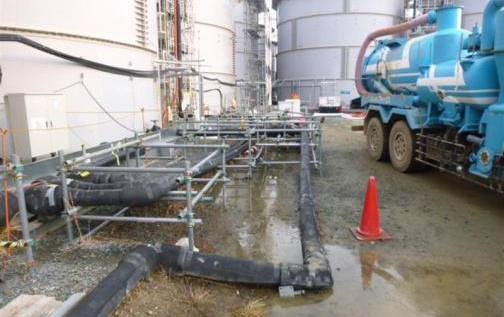 Just when we thought things couldn’t get worse for the Fukushima nuclear disaster, officials announced this week that a leak in a holding tank recently allowed 100 tons of contaminated water to pour out. Not surprisingly, however, Tokyo Electric Power Co. has said there is nothing to worry about and that the water was “unlikely to have reached the ocean.”

TEPCO has downplayed the disaster at Fukushima since the site was initially devastated in 2011. From covering up the extent of the damage to denying any possible health effects of leaking radiation, trust in the company has dwindled.

This latest leak is the first since last August, hardly an achievement considering August’s leaks were more than three times as large as this one.

“We are taking various measures, but we apologize for worrying the public with such a leak,” said Masayuki Ono, a spokesman for TEPCO, according to Reuters.

This latest leak happened when a valve mistakenly remained open on a large storage tank, sending the radioactive water into a separate holding area. A worker patrolling the area stumbled upon the leak when he noticed drips of water coming through a drain on the side of the tank.

Despite TEPCO’s assurance that the radioactive water didn’t make it to the ocean, the leak was only around 700 meters from the sea. And considering we all know the water cycle—where water goes into the ground and eventually makes its way to the ocean—it’s hard to believe the contaminated water wouldn’t eventually end up both in ground water supplies and the sea.

Just last week, a regulatory official said TEPCO “delayed release of record-high measurements of strontium-90 in groundwater despite repeated requests by the regulator.” For many reasons, the credibility of the power company has been shot.

Had the worker not been patrolling that area at that particular time, who knows how massive the leak could have been.