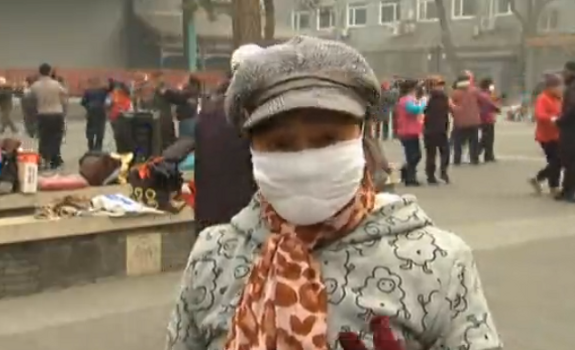 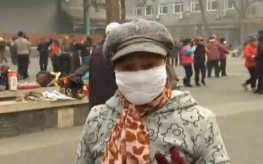 When it comes to smog and a picture of urban air pollution, nothing compares to what we are seeing right now in China. In Bejing and six other Chinese provinces, citizens are being suffocated by a heavy haze of smog. Emergency room visits are up, as are the sales of air purifiers. Still, some say China lacks the legal framework to hold those responsible for the smog accountable for the sickening cloud of industry.

The smog seems to be a constant in cities like Bejing, with periods of the worst air quality peaking in winter. But for the past week, it’s been far worse than normal. Concentrations of air pollutants measure as high as 505 micrograms, which is “uninhabitable for human beings” according to the Shanghai Academy of Social Sciences.

“The problem is not a lack of knowledge about pollution sources,” said Alex Wang, a professor at UCLA and former director of the Natural Resources Defense Council in Bejing. “Rather, the problem is that environmental regulators lack sufficient authority to deter polluters from violating the law.”

Still, last Sunday, the Ministry of Environmental Protection dispatched inspectors to shut down the biggest offenders, including a major concrete kiln and other factories surrounding Bejing. Still, it was too little too late for the people in the area.

On Monday, Feb. 24 at 6 p.m., the U.S. Embassy in Bejing registered 400 micrograms of fine particulates in the air. These are particles produced by coal burning and pose the worst risks for human health. For perspective, that level is 16 times the level that the World Health Organization deems as safe and about five times higher than levels in Los Angeles.

The Bejing Morning Post recently reported the number of people visiting local hospitals for respiratory distress has increased anywhere from 20 to 50 percent in the past several days. Face masks common in China are being used even more and air purifiers that can cost the equivalent of $2,500 are flying off the shelves.

Authorities have issued a code orange alert there, something that’s never been used, and are considering a code red if things worsen. Though some local industries have been shuttered, the smog shows no signs of letting up.