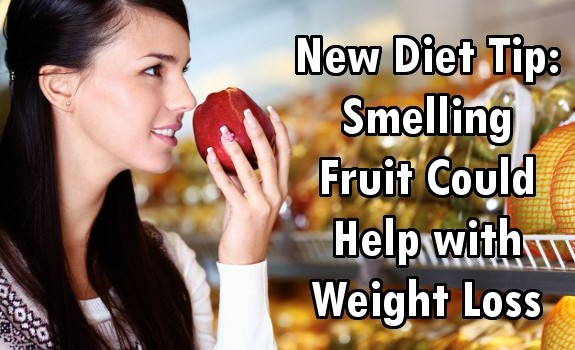 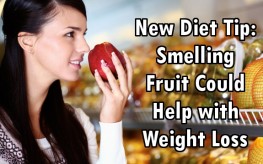 When you’re trying to eat right and forgo unhealthy foods, the scent of fresh-baked cookies or a melty pizza can send your willpower out the door. But a new study suggests the opposite could be true too—that merely smelling fruit may be able to help you make healthier choices.

As reported by the Daily Mail, according to the research published online in the journal Appetite, the scent of fruit in the air had a healthy effect on diners in a buffet setting.

Researchers from the University of Bourgogne in Dijon, France recruited 115 men and women between the ages of 18 and 50. Participants were told the study was on communication while dining out. They were unaware of the actual purpose of the research.

Reportedly, all participants were offered a buffet, featuring 2 choices each for an appetizer, main course, and dessert. One choice featured fruits and vegetables and the other did not.

“Starters was either a plate of cold meats or grated carrots, the main course choice was between cannelloni Bolognese and salmon with green vegetable risotto, while dessert was either chocolate brownie or apple compote,” reports the Daily Mail.

There seemed to be little difference between study groups when it came to choosing their appetizer and their main course. But when it was time to choose a desert, less than one-half of the fruit-smelling group chose the brownie, compared with three-fourths of the other group.

“Participants exposed to a pear odour were significantly more numerous in choosing to eat a dessert containing fruit than non-exposed patients,” reads the study. “For the first time, this study provides scientific evidence that a non-consciously perceived fruity odour can influence actual food choices, guiding them toward more ‘fruity’ desserts.”

If you’re attempting to reign in your sweets consumption, you could apply the findings of this research yourself. A bit of pear or other fruit essential oil placed under your nose or sprayed throughout the house could provide the extra defense you need against the lure of sugar and overly processed baked goods.