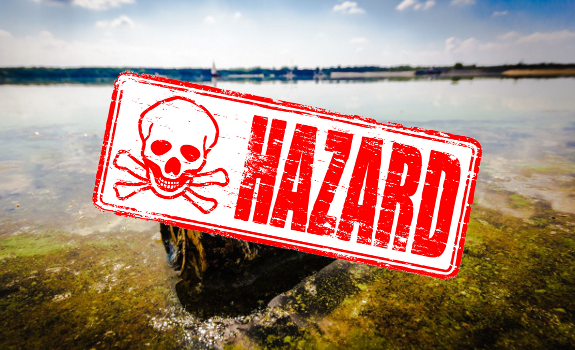 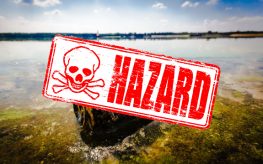 The village of Groesfaen used to be a quaint, though prospering UK town near Wales, but the waters of a nearby quarry started turning bright orange, and a vile smell began emanating from the stream that flowed from the 36-foot deep quarry. After town residents and the owner of the quarry requested an investigation years ago, Monsanto was reportedly found to be illegally dumping cancerous PCBs, dioxins, and Agent Orange constituents from a plant in Barton Williams into the Groesfaen’s water supply.

The chemicals had corroded their containers and were leaching into the soil. The toxins were dumped into the Brofiscin quarry between 1965 and 1972, and are still coming into contact with an aquifer that is today destined to be the city’s main water supply source. This noxious chemical dump will affect more than 350,000 people.  The town’s people claim that the city council has been aware of the issue for decades, but has done nothing about it. A consultant who monitors the quarry was asked his opinion on the matter, and he stated:

“There is evidence of not only negligence and utter incompetence, but [a] cover-up, and the problem has grown unchecked.”

Authorities have been trying to keep the Monsanto poisoning issue under wraps since 2003, but it has grown increasingly difficult to keep quiet. The EPA was eventually hired to clean up the site in 2005, but the agency was part of the reason that the dumping was allowed in the first place.

They continually failed to hold Monsanto accountable for its actions from the outset of the problem. The EPA even wrote a report stating that no “identifiable harm or immediate danger to human health” was signified by the Monsanto site or its toxic dumping practices. Needless to say, the agency that was hired to clean up this mess has left much to be desired for Groesfaen residents.

Only in 2011 did Monsanto agree to ‘help’ the EPA clean up the mess they created. This, only after 67 chemicals detected in the aquifer were determined to be exclusive to Monsanto’s plant. The clean up has remained inefficient, incomplete, and under-funded. The site continues to be a toxic wasteland.

Part of the reason for this is that the EPA and Monsanto addressed only run-off and not the root problem which is the toxic chemicals buried underground, contaminating the aquifer. With PCBs or dioxins, there are very high toxicity levels at infinitesimally low levels of pollution, so unless they clean up the root source, the village of Groesfaen and nearby populations will continue to suffer.