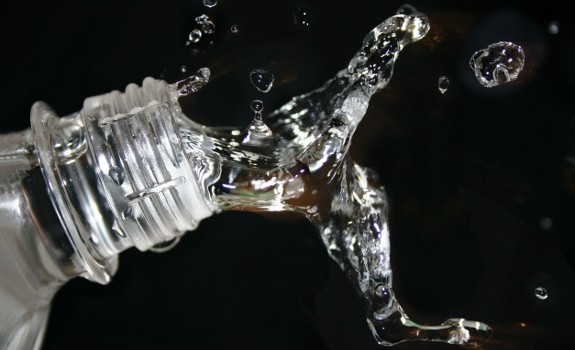 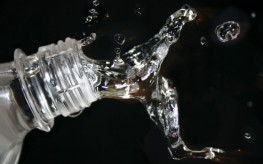 Companies should own every single bit of water on the planet, according to Nestle’s former CEO and now-Chairman Peter Brabeck-Letmathe. His position, shared by many others in his ranks, is one of profits over people and corporate rights over human rights. They advocate a sort of survival-of-the-richest, where only those with money should have access to “privileges” like water.

Making rounds several years after its creation, a video depicting Brabeck-Letmathe suggests that while 1.5% of the world’s water is for human usage, the other 98.5% “is not a human right”. He states that it’s this majority of water that should be “valued” through privatization. In other words, because the water is being treated as a human right (when in his mind it isn’t), it is being taken for granted. In order to ensure it’s used in an efficient manner, he suggests private corporations have access to owning it.

As if this isn’t frightening enough, Brabeck-Letmathe equates his position to that of Monsanto (another vile corporation who puts profits above people).

Nestle’s position on owning water is not new. A few years ago they began buying up property and water rights in Colorado to turn the world’s greatest natural resource into a bottled commodity. The Arkansas River Basin in Chaffee County, Colorado was ground zero for millions in land acquisitions. Private landowners sold their plots for as much as $1.1 million for 1.4 acres, according to a news report from the Colorado Independent at the time.

Nestle paid Frank McMurry $860,000 for 111 acres in Big Horn Springs. Though Nestle didn’t end up using the property, this was only a fraction of their purchases. They bought 1.4 acres from Steve Hanswn for $1,120,000 in order to build a loading station for its trucks to load up with bottled water. Another deal proved lucrative for Harold and Mary Hagen, who sold their 11 acres (including a spring which Nestle is no doubt presently bottling) for $2,850,000.

You would think local towns that depend on these resources would stand up to the corporate giant. Well, some of them do. But most have a price.

“In Colorado, where water supplies fluctuate wildly with the seasons, water-use permits like the one Nestle secured force holders to include a plan on how they will replace the water they will extract. In this case, Nestle failed to convince the Upper Arkansas Water Conservancy District to lease the company water and so it turned to the city of Aurora, 100 miles away.

Aurora took up the deal, agreeing to lease the company 65 million gallons of water per year for 10 years, with an optional 10-year renewal. The first year payment is $160,000. The price will rise 5 percent a year. Aurora can cut the deal off in any year that it needs the water for its own purposes.”

Brabeck-Letmathe and his cohorts at Nestle may deny their intentions to privatize water around the world, but their actions speak louder than words. Drinkable water is being bought and sold as if we don’t all depend on it, as if it belongs to corporations rather than to humanity. The bottling of water is the greatest “sale” to ever take place and many people have lined up (and continue to line up) to keep companies like Nestle in the money. In a world where even water can be a corporate commodity, one has to wonder if and when a line will be drawn. Perhaps it will take the privatization of air before the people wake up.