Nestle CEO: Water Is Not A Human Right, Should Be Privatized 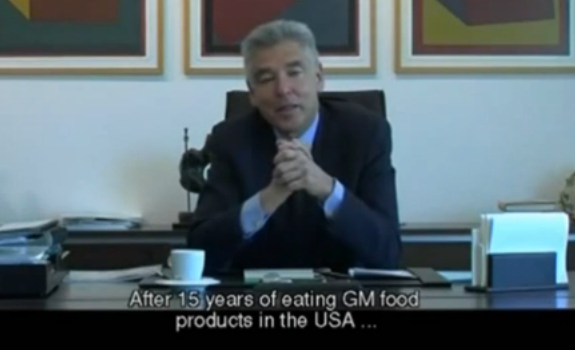 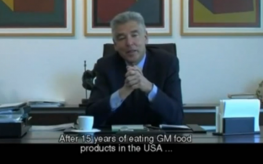 Is water a free and basic human right, or should all the water on the planet belong to major corporations and be treated as a product? Should the poor who cannot afford to pay these said corporations suffer from starvation due to their lack of financial wealth? According to the former CEO and now Chairman of the largest food product manufacturer in the world, corporations should own every drop of water on the planet — and you’re not getting any unless you pay up.

The company notorious for sending out hordes of ‘internet warriors’ to defend the company and its actions online in comments and message boards (perhaps we’ll find some below) even takes a firm stance behind Monsanto’s GMOs and their ‘proven safety’. In fact, the former Nestle CEO actually says that his idea of water privatization is very similar to Monsanto’s GMOs. In a video interview, Nestle Chairman Peter Brabeck-Letmathe states that there has never been ‘one illness’ ever caused from the consumption of GMOs.

Watch the video below for yourself:

The way in which this sociopath clearly has zero regard for the human race outside of his own wealth and the development of Nestle, who has been caught funding attacks against GMO labeling, can be witnessed when watching and listening to his talk on the issue. This is a company that actually goes into struggling rural areas and extracts the groundwater for their bottled water products, completely destroying the water supply of the area without any compensation. In fact, they actually make rural areas in the United States foot the bill.

As reported on by Corporate Watch, Nestle and former CEO Peter Brabeck-Letmathe have a long history of disregarding public health and abusing the environment to take part in the profit of an astounding $35 billion in annual profit from water bottle sales alone. The report states:

“Nestlé production of mineral water involves the abuse of vulnerable water resources. In the Serra da Mantiqueira region of Brazil, home to the “circuit of waters” park whose groundwater has a high mineral content and medicinal properties, over-pumping has resulted in depletion and long-term damage.”

Nestle has also come under fire over the assertion that they are actually conducting business with massive slavery rings. Another Corporate Watch entry details:

“In 2001, Nestlé faced criticism for buying cocoa from the Ivory Coast and Ghana, which may have been produced using child slaves.[58] According to an investigative report by the BBC, hundreds of thousands of children in Mali, Burkina Faso and Togo were being purchased from their destitute parents and shipped to the Ivory Coast, to be sold as slaves to cocoa farms.”


So is water a human right, or should it be owned by big corporations? Well, if water is not here for all of us, then perhaps air should be owned by major corporations as well. And as for crops, Monsanto is already working hard to make sure their monopoly on our staple crops and beyond is well situated. It should really come as no surprise that this Nestle Chairman fights to keep Monsanto’s GMOs alive and well in the food supply, as his ideology lines right up with that of Monsanto.