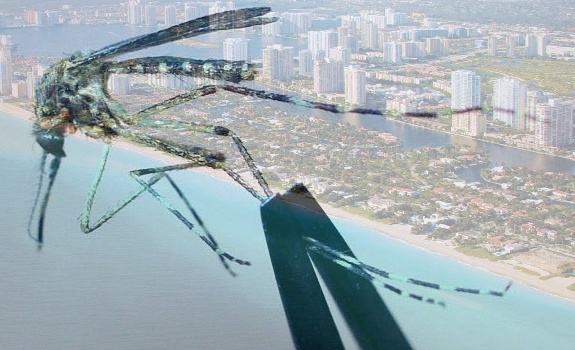 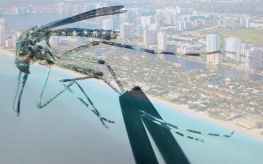 Super-sized aggressive mosquitoes with a ‘stabbing’ bite are set to be unleashed across Florida this summer, bringing misery for thousands of residents.

In what could have come from a B-list Hollywood film script, the floodwater mosquito is nearly 20 times its normal-sized cousins, can strike either day or night, its eggs can lie dormant for years – and the mosquito might even be tolerant to repellants. And it’s all thanks to recent storms flooding coastal areas of the sunshine state, which paved the way for the mega-sized biters to call Florida their home. Just when you thought genetically modified mosquitoes were the worst we had to face.

The real threat of a surge in the large insects known as gallinippers came off the back of last summer’s Tropical Storm Debbie, a storm responsible for flooding in many parts of Florida and unleashing the gallinippers. The gallinipper lays eggs in soil close to ponds, streams and other water bodies that overflow when heavy rains come. The eggs can remain dry and dormant for years, until high waters cause them to hatch.

And it’s that scenario which has led to entomologists issuing alerts to local residents on the best ways to avoid getting painful bites this summer amid concerns that bumper squadrons of the gallinippers could strike again.

On their presence this summer, Phil Kaufman, University of Florida entomologist, said: “I wouldn’t be surprised, given the numbers we saw last year. When we hit the rainy cycle we may see that again.”

The species known as Psorophora ciliata is native to the eastern half of North America, has a body about half an inch long, with a black-and-white color pattern. And its females, the blood suckers, are very aggressive and carry that frightening bite.

“The bite really hurts, I can attest to that,” Kaufman, an associate professor with UF’s Institute of Food and Agricultural Sciences (IFAS).

To help quell the threat, residents Kaufman and entomology graduate student Ephraim Ragasa have created a document on gallinippers for the department’s “Featured Creatures” website. Kaufman says gallinippers can be warded off with DEET-backed repellents but due to their large size they may be more tolerant of the compound than smaller mosquitoes. DEET is also known to present quite a few dangers to environmental and biological health overall. Scientists have even called it a ‘toxic stew’.

As the gallinipper has an enormous appetite at the larvae stage by chomping on other mosquito larvae, there were thoughts that they could be used to reduce populations of other pest mosquitoes. But Ragasa added that there was a fatal flaw in that thinking, it just results in more gallinippers: “That kind of defeats the purpose of using them for biocontrol.”

23 responses to “Massive Mosquitoes 20x Normal Size Coming to US”