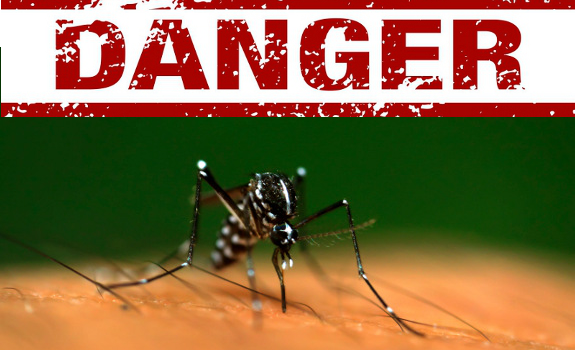 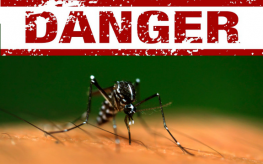 In a ruse to try to convince the world that dengue fever can be controlled with GM mosquitoes, the British company Oxitec plans to bring down the insect population in Panama with genetically modified mosquitoes, without running adequate risk assessment tests. The company says there is no ‘practical risks’, but many genetic modification experiments can’t be seen for years after the species is released into the environment.

The group GM Watch provides a warning against the biotech mischief that scientists in this field haphazardly wield upon nature. Their website has warned against GM mosquito eggs specifically:

“Oxitec’s notification for the export of GM mosquito eggs to Panama contains no risk assessment for its planned experiments[1], despite this being a requirement under EU law. GeneWatch UK warned that the Panamanian authorities or the Gorgas Institute could be liable if anything goes wrong with the experiments, as they have failed to require the company to assess the risks.”

Oxitec counters that it, “is a pioneer in controlling insects that spread disease and damage crops. Through world class science we have developed an innovative new solution to controlling harmful insects pests.”

How are Oxitec’s mosquitoes genetically altered?

“They are bred in the lab in the presence of an antidote to the genetic killing mechanism (the common antibiotic tetracycline), then vast numbers of males (millions for an experimental release or billions for a commercial one) are released into the environment so they outnumber the wild males and mate with wild females. Because most of the offspring die before adulthood, this is intended to reduce the wild population of Aedes aegypti mosquitoes, which carry the tropical disease dengue fever,” reports J. D. Heyes.

Critics of the company say introducing untested GM mosquito eggs into Panama’s ecosystem is a recipe for disaster. The company’s risk assessment doesn’t adequately go over what could go wrong with this grand experiment. For example: killing off one species of mosquitoes could create another super-bug species because the ecosystem is off balance by genetic manipulation.

NaturalSociety’s Mike Barrett outlines other issues as well in a previous piece on GM mosquitoes (which have been released before in the Cayman Islands, Malaysia, and Brazil).

“It is negligent of Oxitec to fail to do this risk assessment, which should meet European standards. It may be impossible to hold Oxitec liable for anything that’s incorrect or missing if the experiments have been approved based on a different risk assessment that they claim they haven’t even seen.”

According to a report in a local Panamanian newspaper, Oxitec planned to bring the GM mosquito eggs to Panama by Feb. 15. El Siglo said Oxitec was planning on releasing some 240,000 of the mosquitoes per week once they began hatching. The Panamanian Public Health Ministry approved the experiments.

If nothing else, the Panamanian people have not been given a say as to whether they want hordes of GM insects unleashed into their ecosystem. People need to know who will is liable if anything goes wrong – will Oxitec take responsibility for any problems, or just walk away? Monsanto and other companies not only don’t take responsibility, but they try to put the blame on innocent farmers, with the Supreme Court’s backing! Will this be the same trend with Oxitec?

Furthermore, Aedes aegypti mosquitoes, the insects targeted by the GM experiment, are part of an intricate system that includes other mosquito species, the viruses they carry, and the humans that they bite. There is no way to predict what this will do to that system. Oxitec is playing with fire, and no risk assessment will admit show that.