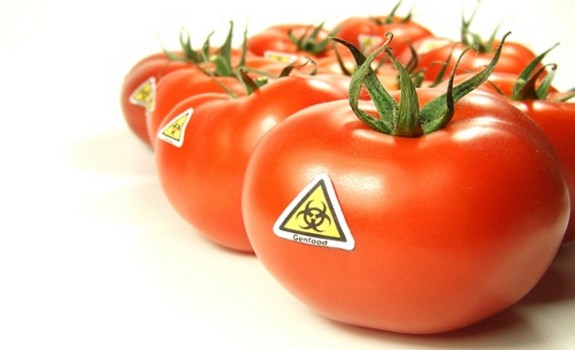 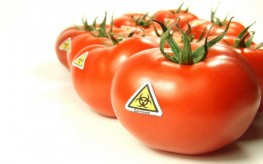 In an appalling attempt to patent yet another seed, Monsanto has resorted to fraud to try to gain rights to a tomato which contains a naturally occurring resistance to a fungal disease called botrytis. The tomato is not genetically modified, but Monsanto manipulated documents to make the plant look ‘invented’ by biotech when the plant’s true maker is Mother Nature, herself.

Representatives of No Patents on Seeds! have called attention to this shady play of the biotech industry to try to outrun their failing genetic experiments. The original tomatoes used for this patent came from the international gene bank in Gatersleben, Germany, and they have shown this resistance for ages, well before biotech started monkeying with our food supply.

“Because crossing tomatoes is not patentable, Monsanto deliberately rephrased the patent during the period of examination to make it appear as if genetic engineering was involved. However, careful reading of the patent shows that this is simply fraudulent. These tomatoes were not produced by transferring isolated DNA. The European Patent Office should have picked up on this,” says Christoph Then for No Patents on Seeds!. “This patent shows just how easy it is for companies like Monsanto to avoid existing prohibitions in patent law.”

Current patent law states that “essentially biological processes for the production of plants and animals” are excluded from patentability.

Many plants have a natural resistance to disease. For example, ‘super cukes’ are an heirloom variety of cucumber that are naturally tolerant to anthracnose, powdery and downy mildew, angular leaf spot, and scab. Should Monsanto get to patent those too?

Similarly (almost), biotech would like you to believe that their new purple GMO tomato is some kind of ‘cure’ all for cancer (even though several, non-patented natural plants already do this job) even though nothing of the sort has been proven. What’s worse, the scientific community is recruiting sick individuals to test their new poison food.

Organic gardeners are well versed in picking plants that are naturally resistant to pests and even weather in their location. They also use companion planting and organic pesticides to avoid the use of harsh, carcinogenic chemicals like RoundUp. If Monsanto thinks it can patent farming practices that go back 10,000 years, then something is absurdly wrong with our legislative system.