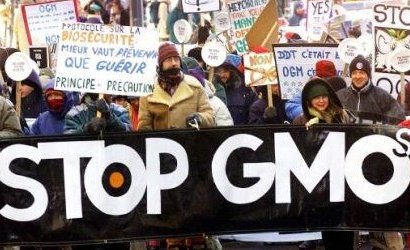 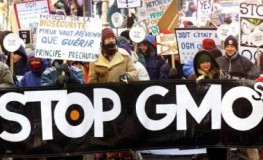 Want to know Big Ag’s solution if it doesn’t get the unquestioned support they desire? Just throw out the judge. That’s what is happening now as Monsanto asks for the Appeals Court Judge who ruled against them in Mexico to be removed.

Following two separate rulings to ban GMO, Monsanto made an official request for the removal of Judge Jaime Manuel Marroquin Zaleta. The country is currently resisting Monsanto’s attempt to grow GM maize in one of its most important crop zones. If biotech got their way, more than 7000 years of indigenous maize could be ruined. More than 60 varieties would be put in danger through cross-pollination should Monsanto find a way to be above justice.

Monsanto is playing with immoral legal tactics to try to overturn not just the decision of Judge Zaleta, but by attempting to remove him from his chair. The biotech company claims that Zaleta stated his opinion on the case before sentencing.

The attorney for Acción Colectiva, Rene Sanchez Galindo, states what the rest of the world feels:

“. . .the accusation against a Federal Judge by a multinational company, which has been questioned for lying to the world’s population with misleading information about the damage their products cause, and whose employees occupy high positions in governments around the globe; is tantamount to granting a merit badge to the Judge.”

Acción Colectiva is a concerned group of 53 scientists and 22 organizations that fruitfully brought the case against GMO and Monsanto to ban genetically modified maize.

Part of the reason Monsanto fights against this particular judge is because this decision cemented a first judgment, sending Monsanto and its government lackeys a message that they couldn’t wrongly influence the Mexican courts.

The Mexican government previously allowed trial crops of GM maize to be planted in 2009 before an earth-shattering decision made in September by the Twelfth Federal District Court for Civil Matters of Mexico City. Judge Jaime Eduardo Verdugo J. cited “the risk of imminent harm to the environment” as the reason behind his decision. Little has even been said about the harm to human health – but it is a start, and at this point any way to get Monsanto out of a country is a good one.

The Mexican government seems to have a stronger backbone to fight Monsanto than even our own. We applaud them.

The ban of GM maize will remain until the appeals court makes a new ruling on Monsanto’s ridiculous claim.