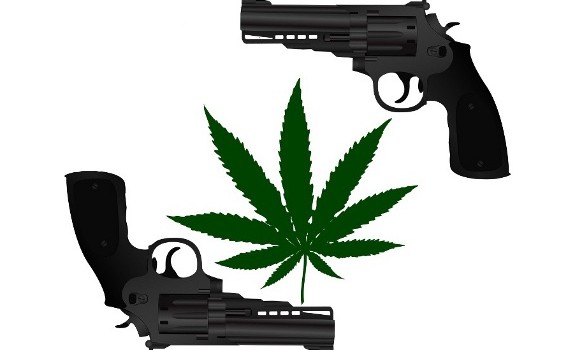 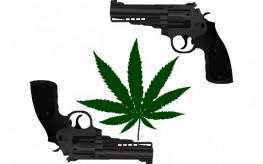 Illinois is allowing patients with over 41 medical conditions, including cancer and AIDS to legally smoke pot, but a new plan proposed by state officials Tuesday will require them to give up their Second Amendment rights – the right to own a gun. They will also be fingerprinted, have a background check run on them, and pay $150 a year for the right to smoke up.

The Illinois Department of Public Health will take public comments about the proposed measure until February 7th, at which time they will be submitted to a legislative panel for approval by the end of April. From there, the rules to govern medical use of marijuana in the state will be outlined and put forth legally for residents to follow.

While parameters are expected to govern the responsible use of cannabis, it makes no sense that a state would try to remove someone’s right to bear arms. If someone drinks a glass of wine, should they not be able to stand up to the ever-more Orwellian government which currently has the right to seize your property or enter your home without a warrant?

Currently, patients desiring medical marijuana must carry an ID card and can only have access to 2.5 ounces at a time (and not replenishable for two weeks). This is hardly a drug-cartel that needs to be stripped of its artillery. There are many rules already which establish how a patient can even qualify for their ID card. And a doctor must certify their use of more than 2.5 ounces, only if it is medically needed.

The new proposal would strip marijuana users of their Second Amendment rights even if they currently have a state firearm owner’s identification card or a concealed carry license. Violators would be subject to the ‘sanctions’ of the police. While the rules would allow patients to designate a caregiver to hold their marijuana for them so they could carry a gun, called a ‘caregiver’, they also would be required to have a background check. The Illinois State Police could reject anyone with a felony conviction or violent crime on their records, but also for any reason they see fit – including, how ironic – the possession of marijuana.

The proposal also requires all applications to be for a person 18 years of age or older and the state would have 180 days to review and either deny or approve the annual application, and process the fee.

The state Department of Agriculture still must develop rules for cultivation centers, and the Illinois Department of Financial and Professional Regulation still must draw up rules for dispensaries. You can bet they are getting direction from the National Security bodies (CIA, NSA, etc.). Make sure to voice your opinion to lawmakers if you want to hold onto your Constitutional rights and still enjoy a joint.