6 States That may be Next to Legalize Marijuana

Will your state be next?

Echoed from past speeches, president Obama has once again signaled strongly that the Obama administration wouldn’t be wasting valuable resources in the fight against marijuana legalization. The Obama Administration has unofficially made it part of their policy to neither indict nor raid medical marijuana dispensaries and growers.

“What you’re seeing now is Colorado, Washington through state referenda, they’re experimenting with legal marijuana,” the president said in response to a question from YouTube host Hank Green. “The position of my administration has been that we still have federal laws that classify marijuana as an illegal substance, but we’re not going to spend a lot of resources trying to turn back decisions that have been made at the state level on this issue. My suspicion is that you’re gonna see other states start looking at this.”

So what’s next? Legalization bills have been popping up in state legislatures around the country. Here is where we will likely see marijuana legalization appear next:

California was first with medical marijuana in 1996, but a measure looking to truly legalize marijuana failed in 2010, garnering 46% of the vote on Election Day. Unfortunately, activists gave up on a major petition effort early in 2014 that would have put the issue of legalization to voters in November. It seems that some prominent figures urged organizers to wait until 2016, when a measure would be more likely to pass due to key demographics and voter turnouts. 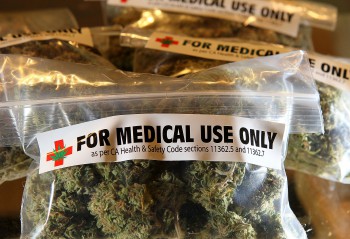 Things may be different in 2016. Multiple polls from 2014 found that the majority of Californians are in favor of legalizing pot. And the state’s cannabis community will likely push hard with a community-driven initiative.

Yeah, we all thought marijuana would be legalized for recreational purposes by now in CA, but with each failed attempt, the state gets that much closer.

A legalization initiative for the 2016 ballot has already been qualified in Nevada. It would legalize the possession of up to an ounce by adults 21 and over and allow for taxed and regulated marijuana commerce.

“Nevada’s Secretary of State Ross Miller announced enough signatures were submitted to qualify the The Initiative to Tax and Regulate Marijuana for the November 2016 ballot — if the legislature doesn’t enact the measure first. During the first 40 days of its 2015 session, the Nevada Legislature will have an opportunity to adopt the measure. If it fails to act on the petition or rejects it, the proposal will appear on the ballot in November 2016.”

It seems that support was lacking when it came to legalizing marijuana in 2014, but things are looking up for the future in Arizona. Recreational marijuana use could be legal in Arizona by this summer if the Legislature and new Gov. Doug Ducey approves a plan introduced by a Phoenix lawmaker. If not this summer, then proponents of legalizing marijuana are expected to try to get a measure on the 2016 Arizona ballot

Activists with the influential Marijuana Policy Project have said they’re on board with a forthcoming ballot initiative to fully legalize the drug in 2016. The group has also said that by then, they’ll have had enough time to figure out which aspects of previous efforts have been successful in other states.

Arizona is one of 23 states to have legalized medicinal marijuana, while Oregon, Washington, Colorado, and Alaska have legalized marijuana for recreational use. Cannabis was legalized in the state for medical use in 2010 by ballot initiative.

Read: Did Congress End the Federal Ban on Medical Marijuana? 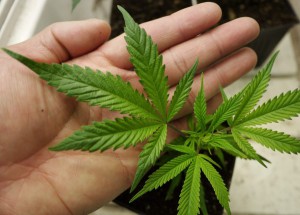 While legalization attempts have repeatedly failed in Maine, the Marijuana Policy Project has announced that it will help coordinate a grassroots campaign to get a legalization measure on the ballot in 2016. But MPP may not draft legislation so easily, as a state-based group known as Legalize Maine says it is crafting its own initiative and is “criticizing both MPP and Maine politicians for advancing ‘out of state corporate interests’ at the expense of Mainers”.

Maine residents decriminalized and approved cannabis for medical use in 1999. A poll taken in 2013 has also found that 48% of registered voters in Maine support recreational legalization of marijuana.

The state of Massachusetts is still viewed as a hot spot for the near-future legalization of marijuana – in that it should happen any day now. Marijuana reform advocates point to high margins of support, while marijuana reform group Bay State Repeal and activists work on an already-begun campaign to legalize marijuana via ballot initiative in 2016.

Massachusetts has decriminalized marijuana in 2008 and passed medical marijuana initiatives in 2012. 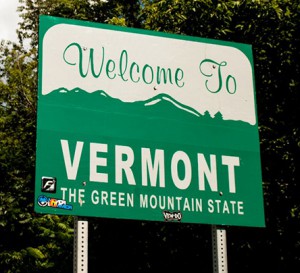 There is no initiative process in the state of Vermont, so legalization would happen through the legislative process. But that process is looking green – in more than one way. Gov. Peter Shumlin (D) has endorsed legalization in principle. What’s more, other state officials are showing support. One May 2014 poll found 57% support for legalization.

Last year, the legislature approved a RAND study on the impacts of legalization – finding that legalization could bring the state $20 to $70 million in annual pot tax revenues.

Previous polls have consistently shown that citizens of Vermont want softer penalties for marijuana possession and use, though the issue of legalization was still foggy.