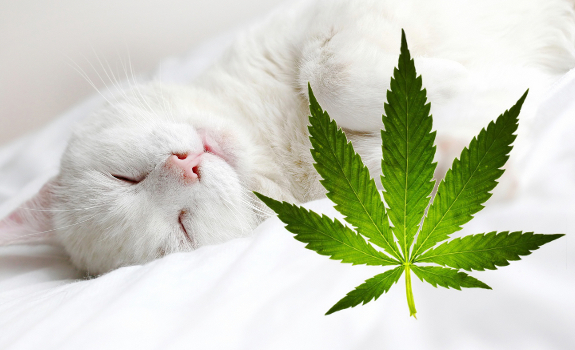 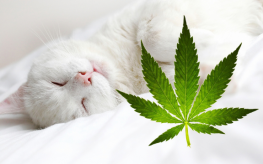 A growing number of people are willing to admit marijuana can have positive effects on our health—from pain relief to the treatment of anxiety, depression, and even possibly cancer. But the attitude towards pot isn’t only changing for humans, it’s changing for pets. A growing number of pet owners are recognizing marijuana as a safe and effective natural health treatment for their beloved fur-babies.

CBS New York recently reported on a family who treated their dog Luna with medical marijuana. Luna, like many people who resort to medical marijuana treatment, was suffering from late-stage lymphoma and was on an intense chemotherapy regimen. It was because of the poisonous treatments that she was unable to eat, had trouble breathing, and was wasting away.

“The first time I dosed her I was so scared,” said Luna’s owner Rowyn Capers. “We were looking at her all night. The more I increased her cannabis dose the less side effects that she had. The vomiting stopped, the diarrhea stopped.”

There is little scientific research on the effects of cannabis in pets. For that reason, some experts suggest caution. However, there’s also no indications that medical marijuana could harm pets in any manner. It has proven completely harmless in humans and animals in the wild have always consumed cannabis without any known dangers.

“We don’t have enough data to know how it can be used effectively and we currently have a lot of really good modalities to treat pain using multiple different drugs and therapies,” Dr. Amy Greenbaum with the ASPCA said.

But, like the “drugs and therapies” used in their human counterparts, these often leave pets with disastrous side effects.

“I think we can now see marijuana for exactly what it is and what it can do. Not a street drug but a legitimate medication to be used under proper supervision,” said certified animal behaviorist Darlene Arden.

Another pet-owner profiled by CBS indicated that his 13-year old golden retriever was diagnosed with cancer. He immediately began providing that dog and his other two with a daily dose of cannabis butter spread on a cracker. Not only did he see improvements in the sick retriever, he noticed improvements in his other two dogs as well.

“I’ve seen all three of our dogs, they range in age from 13 to 3, remarkably improve,” he said. “I would say the energy is up. Certainly their coat and their shine in their eyes is there.”

We know cannabis can have numerous positive health effects in humans. But these case studies could indicate the benefits translate to our furry companions as well.