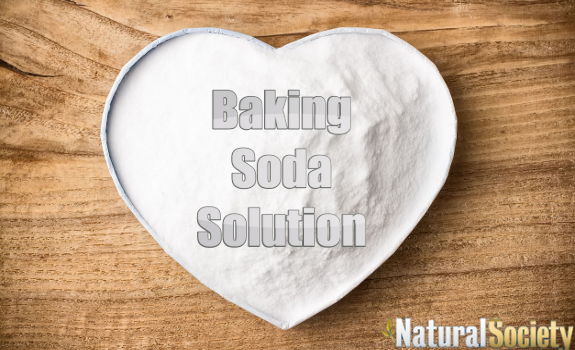 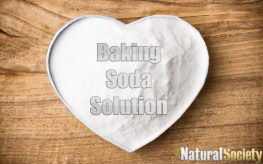 Could you use something as simple as baking soda to treat cancer? One man, Vernon Johnston, used baking soda and molasses as the driving force to recover from aggressive stage 4 prostate cancer, which had even metastasized into his bone matter. As far as the medical establishment is concerned, you should never hear about this story.

After Vernon was diagnosed, Vernon’s brother Larry told him to work on raising his pH since cancer cannot thrive in a high or alkaline pH. Larry recommended cesium chloride to raise Vernon’s pH levels into a high alkaline level physiologically.

Vernon did not undergo any harmful orthodox treatments after he was diagnosed. That meant his alternative therapy would be more effective. He optimistically ordered the cesium chloride, but it got lost in the mail. So he frantically looked for another source of raising his pH level into the alkaline range.

That’s when he discovered the remedy of baking soda or bicarbonate of soda with maple syrup. Not having maple syrup in his kitchen, he decided to use the molasses that was handy. He was anxious to kill the cancer before it killed him.

Vernon recorded his daily treatment in a diary. His self applied treatment was the last phase of what he called his “dance with cancer”. The protocol he used included a good diet to promote alkalinity along with mineral and vitamin supplements, and lots of sunshine.

Cancer cells reportedly thrive on fermenting sugar instead of respirating oxygen for their survival. Maple syrup acts like a Trojan horse to allow high pH bicarbonate of soda to enter cancer cells and shock them with a sudden surge of alkalinity to oxygenate them and lead to their demise.

Molasses was all Vernon could use, but it worked and actually wound up creating a more solid mineral base for his nutritional support. Most experts recommend more than one protocol if one is doing it alone at home. Keep in mind that part of any alternative cancer therapy involves abstinence from processed foods and sugars – sugars especially fuel cancer growth.

After a few weeks, Vernon received a medical examination that confirmed his complete reversal of prostate and bone cancer. His 2008 story was written up in a local Anza area California newspaper, The Valley News in 2009. And yes, Vernon is still telling his story today.

The amazing abundance of alternative cancer solutions, some say over 100 and others say many more. There are the more notorious alternative cancer treatments that begin to develop into public practices and those that are  inexpensive non-toxic remedies that slip by the Medical Monopoly virtually unnoticed – all a threat to the medical establishment.