Experts Speak Out Against GMO in Mexico: Global Center of Crop Origination Must Be Protected 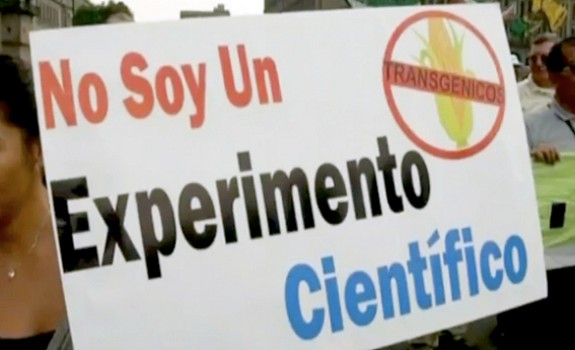 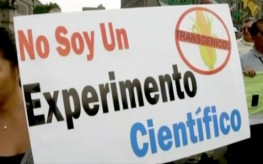 Mexico is unlike many other places on earth, in that it is globally recognized as a Vavilov Center, a center of crop evolution and origin. Some of the foods the entire world enjoys came from the fertile Tehuacan Valley or other rich agricultural fields in this country. If GMO were allowed to ravage these age-old crops, some of the world’s food heritage would be robbed from us all. It is due to the peculiarity of this region of the world that experts are now flocking to support a non-GMO agricultural paradigm.

Mexico’s agricultural biodiversity is beyond rich. It isn’t just the non-GMO corn tortilla we would lose by allowing biotech to get its hands on the land there. Plant scientists have discovered more than 60 varieties of maize in Mexico – the equivalent of a natural genetic treasure chest, which could be completely spoiled if companies like Monsanto, Dow Chemical, Dupont, Syngenta, etc. were to get their grubby little hands on Mexico’s agricultural real estate. Even extreme weather situations could be aided by so many types of maize crops, since they thrive in various conditions – from wet to dry, hot or cold.

Other than some media attention in 2013 during a court battle to ban GM maize, swiftly passed by a Mexican judge who believed the cultivation of a GM crop was a threat to farming heritage and ecosystem viability, the masses are still largely unaware of many issues surrounding GMO.

Mercedes López Martínez, a spokesperson for a Mexican nonprofit organization, Via Organica, whose mission is to promote better nutrition through organic agriculture explained that:

“There is no position of the Mexican people in general regarding GM foods, as the government, violating the constitutional right of the people to healthy food, has not provided information about the risks of these GMO products, which are not even labeled.

However, there is strong opposition from informed and organized civil society organizations, which have demanded that the government apply the precautionary principle, to protect biodiversity and crops of origin such as corn and cotton. Proof of this is the lawsuit filed by individuals and civil organizations that managed to stop all planting of GM Maize in Mexico and that is still on-going.”

GM companies are hoping that general public support (through ignorance they help to perpetuate) of their poison crops will help push them through legislation in Mexico. Both biotech and branches of the government are still in support of GMO even though these crops could completely kill off an innumerable amount of biodiversity in the country. The government and biotech look at possible profits while ignoring the long term effects of these crops.

With enough people realizing that protection of their agricultural history is equivalent to protecting thousands of years of cultural richness – from the Mayans who recognize maize as a staple crop with stories of Popul Vuh, to the discovery and opening of Maize Mountain, a place were maize seeds were hidden and protected according to Mayan legend, GMO could be defeated.

Luckily, a group of 53 scientists and 22 civil organizations called Acción Colectiva will draw on this rich cultural heritage, combined with sound scientific data to describe the imminent risk and harm to the environment if genetically modified crops are allowed in Mexico. Monsanto’s Chief Technology Officer, Robert Fraley, expects to end a suspension of the cultivation of GM maize in Mexico, but he won’t see it with enough education and activism, which could ignite Mexicans to oust these companies’ influence from their rich agricultural practices.

“The Calderón government illegally granted permits for the planting of GM maize, for which the results have been hidden. Currently there are 79 new applications pending. The good news is that all of these have been frozen by the court. Joy has filled the hearts of thousands. The current government now has a choice between defending the wealth of native maize or supporting Monsanto.”

4 responses to “Experts Speak Out Against GMO in Mexico: Global Center of Crop Origination Must Be Protected”