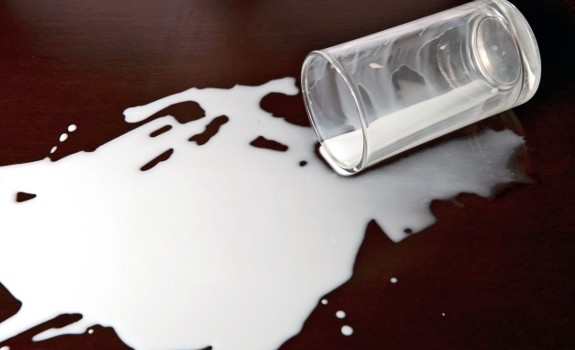 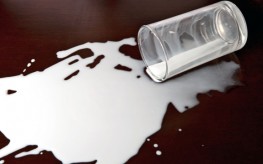 Vegans may have had it right all along; while raw, organic milk offers numerous health benefits, a Harvard researcher and pediatrician argues that conventional milk and dairy products alike are a detriment to your health – thanks to added health-compromising sweeteners.

As David Ludwig mentioned in his research, which was published in the Journal of the American Medical Association Pediatrics, there have been countless pieces of research concluding the ill effects of sugar-sweetened beverages. The over-consumption of sugar has been tied to obesity, diabetes, inflammatory-related pain, and much more. And because of sugar’s negative effects on our health, even the United States Department of Agriculture, the American Academy of Pediatrics, and other organizations are recommending against consuming calories from sugary drinks.

The one calorie-containing beverage they still heavily promote, however, is reduced-fat milk, where the organization recommends drinking 3 cups daily. This is where Ludwig questions the scientific rationale for such recommendations.

“This recommendation to drink three cups a day of milk – it’s perhaps the most prevailing advice given to the American public about diet in the last half century. As a result, Americans are consuming billions of gallons of milk a year, presumably under the assumption that their bones would crumble without them,” says David Ludwig.

As far as Ludwig is concerned, if the USDA is recommending to drink reduced-fat milk, it is also inadvertently encouraging the consumption of added sugars – a piece of advice that goes against all the research saying not to consume sugar and sugar-sweetened beverages. The idea of consuming low-fat milk or chocolate milk cancels out the whole reasoning for the recommendation in the first place since the fats are simply being replaced with dangerous sugars.

“The worst possible situation is reduced-fat chocolate milk: you take out the fat, it’s less tasty. So to get kids to drink 3 cups a day, you get this sugar-sweetened beverage,” Ludwig says. “…we can get plenty of calcium from a whole range of foods. On a gram for gram basis, cooked kale has more calcium than milk. Sardines, nuts seeds beans, green leafy vegetables are all sources of calcium.”

The Case Against Low-Fat Dairy, and Other Dangers of Milk

Harvard researcher David Ludwig certainly has a point in analyzing and ultimately criticizing the USDA’s recommendations, but there is much more to the full-fat vs reduced-fat argument for milk and dairy products.

There are plenty of reasons to avoid certain fats such as trans-fats and refined polyunsaturated fats in vegetable oils (like corn, soy, sunflower, and canola), but the evidence for moderate consumption of saturated fat, which is found in milk, coconut oil, and grass-fed land animals, is coming to the surface. While saturated fat was villainized for decades, a 2010 analysis published in the American Journal of Clinical Nutrition concluded that “there is no significant evidence for concluding that dietary saturated fat is associated with an increased risk of [coronary heart disease or cardiovascular disease].”

Further, there are numerous benefits to drinking full-fat dairy products. In it’s most pure state (raw, organic, and coming from grass-fed cows), full-fat dairy has been found in research to potentially promote heart health, control diabetes, aid in vitamin absorption, lower bowel cancer risk, and even aid in weight loss. But while pure dairy could promote your health, conventional dairy may prove damaging.

Before you consume more conventional dairy, please educate yourself as to what’s in your dairy. You’d be surprised that there could be 20+ painkillers, antibiotics, and much more lurking in your milk.