Ginger: A Prostate Cancer Treatment from the Kitchen Spice Rack 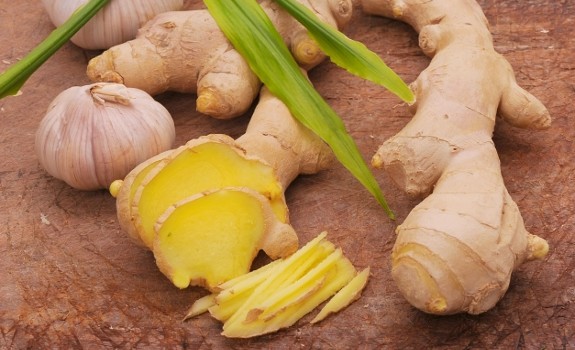 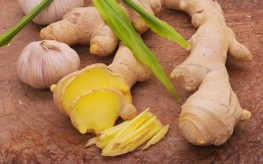 Prostate cancer is the most common cancer in men, and luckily it’s a slow growing cancer. By the age of 50 most men have some non-life threatening, cancerous prostate cells, although they are asymptomatic and may never know it unless they are screened. The serious trouble begins when the naively unsuspecting succumb to toxic life threatening Big Pharma interventions. But as you’ll learn soon, a food as simple as ginger could be the answer to preventing and even treating prostate cancer.

Unfortunately, early aggressive allopathic prostate cancer treatment can and does cause permanent damage including impotence, heart attacks, incontinence, and even death from a disease that is statistically unlikely to kill them. According to the American Cancer Society, 1 in 6 men will suffer from prostate cancer in his lifetime, with the disease leading to 29,720 deaths annually.

The standard PSA test was approved by the FDA in 1994 and each year millions of men are screened with a blood test for PSA, which is manufactured exclusively by the prostate gland.

But there’s a problem. Albin explains:

“As I’ve been trying to make clear for many years now, PSA testing can’t detect prostate cancer and, more important, it can’t distinguish between the two types of prostate cancer — the one that will kill you and the one that won’t.” Ablin continues, “… the test is hardly more effective than a coin toss. I never dreamed that my discovery four decades ago would lead to such a profit-driven public health disaster. The medical community must confront reality and stop the inappropriate use of PSA screening. Doing so would save billions of dollars and rescue millions of men from unnecessary, debilitating treatments.”

A PSA test will only tell you how much PSA is in your blood, and although elevated levels can be detected, that information is useless. Why? Because common over-the-counter medications like ibuprofen, benign prostate enlargement, an inevitable part of aging, and infections also elevate PSA levels.

What if I told you there are numerous non-toxic, inexpensive, cancer treatments the medical-industrial complex is suppressing because cancer treatment is a Big Pharma/AMA multi-billion dollar cash cow? The National Institute of Health (NIH) predicts as drug prices continue to rise the figure will be closer to $207 billion.

The cut, burn, and poison troika of mainstream cancer treatment has a very poor success rate. For example, chemotherapy is ineffective 97% of the time.

Radiation causes cancer, and like chemo, indiscriminately kills and weakens all cells. In rare life threatening cases, surgical removal of a tumor can be helpful, but let’s be clear, surgery will never cure cancer because cancer is a systemic disease.

An American study published in the British Journal of Nutrition reported: “Here, we show that whole ginger extract (GE) exerts signiﬁcant growth-inhibitory and death-inductory effects in a spectrum of prostate cancer cells.”

The animal study conducted in 2011 at the Department of Biology, Georgia State University wanted to explore ginger’s use for prostate cancer based on the established anti-inflammatory, antioxidant, and anti-tumor properties of ginger.

The results were impressive, cutting tumors in half after eight weeks. They concluded that humans taking 100 grams (about 3.5 ounces) of fresh ginger daily may see the same benefits.

They discovered ginger extract interrupts cancer cell progression, impairs reproduction, and induces cancer cell apoptosis (self destruction). They also discovered that ginger is non-toxic to other non-cancerous cells, even rapidly dividing cells such as gut and bone marrow tissues.

Big Pharma’s epic fail: They have nothing in its arsenal nearly as effective or safe as ginger.

The study was published in PubMed.

Prevention is the Best Cure

Maintain an active sex life, but get plenty of sleep. Vitamin C supplementation is imperative as the body does not produce its own vitamin C. A maintenance dose of 500 to 1000 milligrams daily is recommended.

3 responses to “Ginger: A Prostate Cancer Treatment from the Kitchen Spice Rack”