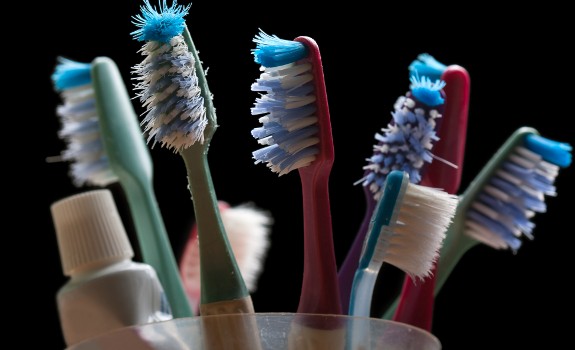 Fluoride exposure at typical water fluoridation levels is known to decrease IQ across the board and leading medical heads have confirmed it is fueling cancer and other disease as well, but what about fluoride levels around 5,000 times that found in most drinking water? With one of the most popular doctor recommended ‘extra fluoride’ toothpaste brands by Colgate, you get a massive sodium fluoride blast of 5,000 PPM — around a 5,000 times increase from the average water fluoridation levels of .07 to 1 PPM.

Children are being given this toothpaste to ‘protect’ their teeth, and I even know someone personally who was given this toothpaste a couple years ago by a dentist to ‘prevent fluoride deficiency. It sounds truly absurd, and it absolutely is. Some uninformed dentists have been pushing the sodium fluoride lie for years, even going as far as to recommend patients take fluoride pills, eat fluoride chewing gum, and ingest fluoride drops to address these ‘fluoride deficiencies’. Deficiencies that of course do not exist as you cannot be deficient in a toxic compound.

If you think it’s a conspiracy theory that fluoride is lowering your IQ and giving you cancer, then you may want to take it up with Harvard University, the EPA, and a former head of the National Cancer Institute. In fact, you’ll even want to take it up with the United States government as a whole, which actually claimed it would be lowering fluoride levels following the 23 or so studies that have linked fluoride to decreased IQ and neurological development.

Published in a federal government journal known as Environmental Health Perspectives, a recent Harvard University study was the 24th (and arguable one of the strongest) study to highlight a serious relationship between fluoride levels and a host of neurotoxic effects. From IQ reduction to hampered brain development, the research is clear. As both Harvard’s press release and official study state:

”Fluoride readily crosses the placenta. Fluoride exposure to the developing brain, which is much more susceptible to injury caused by toxicants than is the mature brain, may possibly lead to damage of a permanent nature.”

Similar quotes can even be found from government agencies such as the EPA. You’ve never heard about it on the mainstream media, where GMO and fluoride are kings, but the United States Environmental Protection Agency (EPA) has actually classified sodium fluoride as a substance with ‘substantial evidence of neurotoxicity’. And rightfully so, sodium fluoride is actually more toxic than lead.

Ultimately it was Dr. Dean Burk, head scientist at the National Cancer Institute, author of over 250 scientific articles, and the recipient of multiple prestigious awards, who first spoke out against fluoride and its effects back in 1977. At that time, Burk said that fluoride had caused around 10,000 deaths or so. Later in an interview he went on to mention how fluoride is tied to far more. The National Cancer Institute failed to publish Burk’s work until 1989, despite the fact his findings were built on solid science and concerned public health at large.

According to Burk, at just 1 PPM, fluoride led issues like a 25% increase in tumor growth rate, the cultivation of cancer cells, and of course, IQ reduction. Imagine 5,000 PPM. In Burk’s research, animals given fluoride also experienced:

At just 1 PPM in the water, sodium fluoride and the toxic slew of chemicals that have been branched under the label of water fluoridation pose a serious threat. At 5,000 PPM, you can only imagine the damage that is taking place. For doctors to recommend 5,000 PPM ‘fluoride enhanced’ toothpaste is absolutely insane. Please avoid purchasing toothpaste containing fluoride.