What’s the Deal with the Latest Ebola Pandemic Scare? 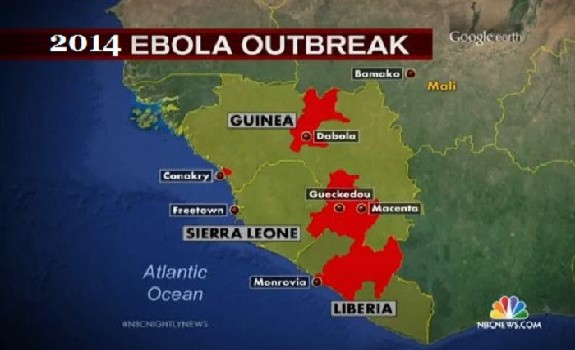 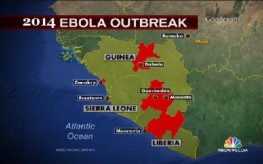 You’ve likely heard of the Ebola outbreaks currently sweeping across West Africa. It is sickening many and taking many lives, leading the World Health Organization to declare it a “public health emergency of international concern.”

First, realize that the whole Ebola contagion situation is likely greatly exaggerated at best. Then, realize that the contemporary medical model of one germ or virus for every disease is bogus. It does give Big Pharma specific targets for new drugs and it’s good marketing.

But honest scientists that the media mostly ignores assert that the germ theory is out of whack. Instead, the “inner terrain” determines one’s ability to deter or avoid disease. Yes, I’m talking about the immune system.

In case you doubt the possibility of pure psyop because there’s no obvious motive or vaccine to sell, the National Institutes of Health (NIH) has been developing an Ebola vaccine for several years, and now they’re talking of “fast tracking” that research. Ebola vaccines weren’t a marketable item before, not worthy of investing money and time into. Now that may change.

The media information that doctors in West Africa working among Ebola victims had normal health before being stricken with Ebola is unproven. Those two doctors were working under stressful conditions inside of HazMat suits, sweating profusely and inhaling ammonia. So maybe their immune systems suffered, eh?

Modern allopathic medicine doesn’t take immune systems seriously. Did anyone measure the doctors’ pH levels? Was there a Chinese Doctor around to read their pulses for signs of low chi (subtle body/organ energies)? No, they could walk and talk and their allopathic “vital signs” were okay before being stricken. But were their immune systems actually strong? Sometimes we need to go the extra mile in making determinations and conclusions.

That area of Africa is seriously war torn by vicious civil wars that have maimed and killed many non-combatants. A little immune destroying stress maybe? And most of the populations in that area are extremely poor and suffer from malnutrition. Their rivers and ponds are polluted by corporate chemicals and the villagers’ excrement.  That leads to some nasty dysentery and other diseases.

The open village pooping and using that same contaminated water for all other purposes had become a mission to resolve by Liberia’s latest president Ellen Johnson-Sirleaf in 2012. Maybe it’s too late for their current Ebola crisis. Incidentally, those terrible Liberian conditions and the antibiotics used on poor villagers are leading to the same symptoms Ebola victims manifest: diarrhea, vomiting, high fever, and internal bleeding. So which is first, the virus or a fouled inner terrain?

Ebola is spread via bodily fluids. It’s not airborne, according to experts. Mosquitoes flourish in already stagnated water instead of causing stagnate water. This is analogous to germs being attracted to stagnate body fluids with an overwhelmed immune system, for which the pH (alkaline-acid balance) number should be the first vital sign to read. So, as those who disagreed with Louis Pasteur’s germ theory stated, it’s the inner terrain (the immune system) that determines whether microbes will infest it or not. Here are 9 ways to boost your immune system.

If there is any reality to this latest pandemic scare, our focus should be on strengthening our immune systems and testing it with pH strips to measure saliva acidity/alkalinity. Additionally, try having some colloidal silver, proven to kill bacteria, viruses, and fungi, and liposomal vitamin C, proven to remedy serious viral infections, on hand just in case.

One response to “What’s the Deal with the Latest Ebola Pandemic Scare?”