It’s a Mindset: In Order to Get Fit, You Must THINK of Yourself as Fit

You're probably more active than you think anyway

If you know you’re not as physically active as you should be, stop thinking about it and start doing something about it. People who view themselves as lazy compared to others are more likely to die at a younger age, even if their actual activity levels were the same. [1]

That means people who thought they were less active than their peers likely weren’t reaping the full benefits of exercise, all because of their negative attitude.

“I am from Germany, and back there I felt really good about my activity level. I biked to work, and went to the gym maybe once a week.”

Zahrt says that when she moved to California, she was suddenly “surrounded by people who exercise all the time. Compared to them I felt really inactive, and I developed what I know now was a really negative mindset about my physical activity.”

The ‘Side Effects’ of Negative Attitudes 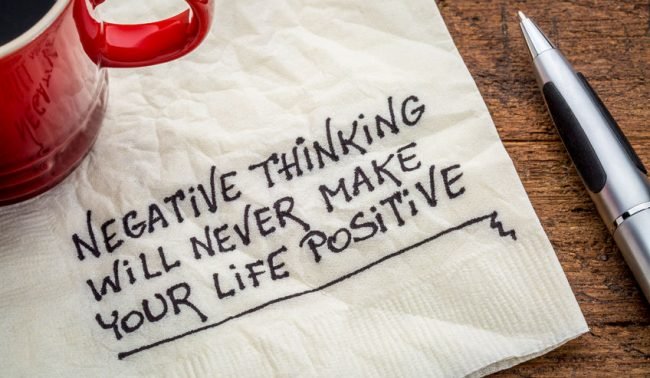 That feeling of inadequacy led Zahrt and her faculty adviser, Alia Crum, PhD, to study the possible effects of such an attitude on long-term health. The duo analyzed data from more than 61,000 adults who were surveyed between 1990 and 2006 followed until 2011.

The participants were asked about their activity levels, and some were given accelerometers to wear so they could track their real-time activity for a week. All of the volunteers were also asked, “Would you say that you are physically more active, less active, or about as active as other persons your age?”

The researchers found that those who believed they were less active than others were 71% more likely to die during the study’s follow-up period. That was the case even after the team adjusted for disability, general health status, and demographics, plus actual activity levels.

Pretty heavy stuff when you think about it – you could be bending and lifting a lot at work, or weeding the garden and mowing the lawn every weekend and still have a startling higher risk of death just because you don’t consider those activities “exercise” and you don’t consider yourself “fit.”

The researchers found that, most of the time, the participants underestimated their activity levels when comparing themselves to others.

“It can be easy to compare how much exercise we get with the people around us, as opposed to what’s recommended for everyone. Plus, a lot of people think that exercise has to mean running or going to the gym, and they don’t give themselves credit for all of the other activity they do – cleaning their house, walking to the store, carrying their kids, those sorts of things.”

I hate to credit a saying that’s become so cliché, but in this case, it’s gospel truth: Attitude is everything.

Crum first studied the “placebo effect” of exercise a decade ago. She explained:

“These women were getting lots of exercise, but when we asked them they didn’t have the mindset that their work was good exercise.” [2]

The participants – all hotel attendants – were given a presentation explaining that all the heavy lifting, walking, and physical labor they did at work was good exercise. Then, Crum and her teammates tracked the women for a month.

“The women who started to look at their work as good exercise had improvements in blood pressure and body fat.”

“What’s surprising to me is how robust the accumulated evidence is on the power of mindset in shaping our health, and yet people are still so shocked when they hear results like this.” [1]

Yes – How You Think Affects Your Health (and much More) 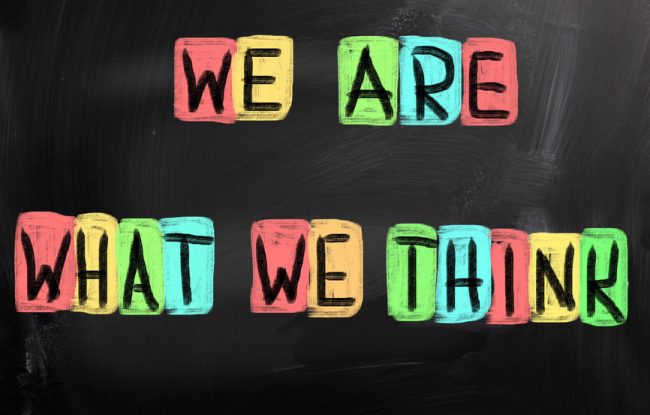 People shouldn’t be shocked because there is a ridiculous amount of scientific evidence that how you think affects your health, for better or for worse. Seriously, let’s look at just a few examples.

You have to see yourself as an active person, but be careful; it would be so simple to actually backslide and become less active than you should be. It’s important to recognize the activeness revolving around certain activities, but be sure not to over-estimate the value of those activities and then avoid other exercises because of it.

One more thing – and I’ll be blunt… If your idea of “exercise” is walking to the fridge, or going to the mall once a month, telling yourself you’re plenty active won’t make it so. You deserve to be realistic with yourself.

“This is not an excuse to just stop doing anything but believe you’re doing everything. It’s a reminder that, yes, you should work to get active in your life – but you should also be mindful of those negative thoughts that can creep in and the effects they might have.

Just because you didn’t get to that Spin class or that fancy new fitness class, doesn’t mean you’re not as healthy as those who do.” [1]

“If we can change our perceptions to view all activity as good activity, we think that could be a first and really important step to improving our health.”