This is Absolutely Key to Being Immune to Stress

Outcome of your golden years determined by attitude

As you grow older, having a positive attitude about aging may make you more resilient to stress, a new study suggests.

One of the study’s coauthors, Jennifer Bellingtier, of North Carolina State University in Raleigh, said:

“Previous research has generally found the same thing, a more positive attitude is beneficial. People with positive attitudes are less likely to be hospitalized and tend to live longer.” [1]

For the study, researchers had 43 people between the ages of 60 and 96 each complete the same questionnaire for 8 consecutive days. The questionnaire asked participants about their experience with aging in general, like feeling more or less useful or more or less happy now than when they were younger.

The participants were also asked about stressful events in their lives and negative emotions like fear, irritability, or stress.

The researchers found that participants with more positive attitudes about growing older generally tended to report consistent emotional states throughout the duration of the study. Oppositely, those who had more negative attitudes demonstrated fluctuating emotions depending on their stressors.

“We found that people in the study who had more positive attitudes toward aging were more resilient in response to stress — meaning that there wasn’t a significant increase in negative emotions.” [2]

What Worries Seniors the Most

In 2015, the National Council on Aging did a survey of Americans age 60 and over, along with various professionals who work with the elderly, to get a better look at the concerns and needs of the country’s aging population. Here’s a look at the concerns weighing most heavily on the minds of older Americans:

The True Power of Positivity

Having a positive attitude about aging has also been shown to have a positive effect on people, physically.

“This tells us that the way we think about aging has very real consequences for how we respond to difficult situations when we’re older. That affects our quality of life and may also have health ramifications. For example, more adverse emotional responses to stress have been associated with increased cardiovascular health risks.” [4] 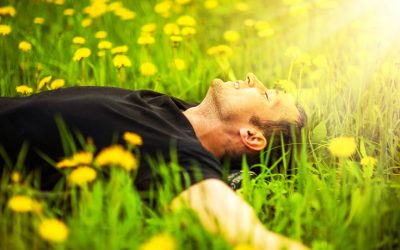 Positive thinking, in general, has been shown to cut your risk of stroke and improve your overall health.

Come to think of it, I don’t think I’ve ever heard of optimism having a negative consequence on mental or physical health.

Plenty of other studies have produced similar findings. One particularly interesting study in The Journal of the American Medical Association revealed that seniors become what they think when it comes to aging.

For example, when seniors believe that growing old means becoming useless, helpless, or devalued, they are more likely to have memory loss and poor physical functioning, are less likely to seek preventative medical care, and die earlier.

However, older adults who associated old age with wisdom, self-realization, and satisfaction had a higher level of overall functioning.

In fact, the study found that people with a positive bias towards aging were 44% more likely to fully recover from a bout of disability. These individuals typically lived an average of 7.5 years longer than those with negative stereotypes. [5]

A positive attitude was known to be good for your health long before researchers set about studying it in the lab. It’s even in the Bible. Proverbs 17:22 says:

“A merry heart doeth good like a medicine: but a broken spirit drieth the bones.”

Life really is what you make of it.