100’s of Studies Prove this One Plant Compound Kills Cancer, Protects Against Radiation 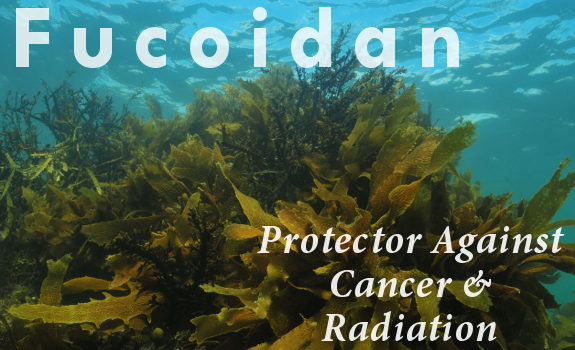 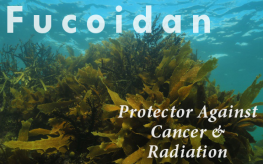 For years scientists couldn’t really figure out why people on a small island off of Japan hardly ever suffered from cancer – until they stumbled onto a curious fetish the Okinawans had for a seaweed delicacy called Kombu. (Okinawans use various longevity secrets to live to be 100 and older). Although it would be difficult to find Kombu now that isn’t tainted with Fukushima radiation, at least in or near Japan, there is a long chain carbohydrate in the seaweed called Fucoidan that has proven to fight cancer again and again.

Fucoidan is absolutely lethal to certain types of cancerous cells. Sometimes called U-fucoidan, it is referenced in more than 600 peer-reviewed studies listed at the US National Library of Medicine.

Found in the cell walls of brown seaweed, fucoidan, has antitumor, antiangiogenic, antiviral, and immunomodulatory effects on the human body. Fucoidan also stimulates natural killer cells by down regulating AP-I involved in cellular proliferation, or the spreading of cancer cells. What’s more, fucoidan also has anti-coagulant and antithrombic activities, while also being radioprotective.

“…More recently, fucoidan has been shown to have antitumor and anticarcinogenic effects. Fucoidan’s therapeutic properties may come from its ability to act as natural killer cells and regulate substances involved in cell growth.

Fucoidan extract has even been used to treat workers at nuclear sites that were exposed to hazardous levels of toxic radiation. There are nearly 2000 species of this brown seaweed, and fortunately, not all of them live in the Pacific Ocean, which has been greatly compromised by the incident at Fukushima. Sea urchins, sea snails, and other marine life have also been found to contain this amazing healing compound, so protecting our oceans has never been more important.

7 responses to “100’s of Studies Prove this One Plant Compound Kills Cancer, Protects Against Radiation”