Breaking: Fukushima Could be 15,000x Worse than Hiroshima with Removal of Fuel Rods 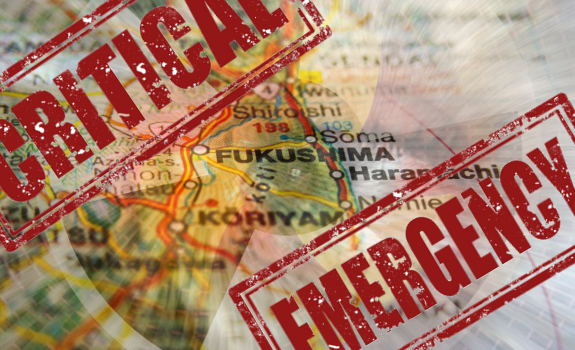 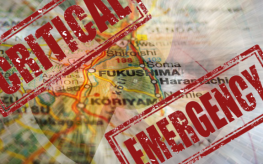 A Yale Professor is compelling the world to wake up from its nuclear slumber and face some cold-hard facts, “All of humanity will be threatened for thousands of years” if the Fukushima Unit 4 pool can’t be kept cool. Your worries about eating cesium-contaminated fish from the Pacific Ocean are grounded in fact, but this is a world-wide disaster of the most epic proportions just waiting to happen. If nothing else, it points to the necessity of nuclear-free power to fuel the planet, but in the meantime, more than 1,535 fuel rods must be meticulously removed from Unit 4, which in all likelihood is crumbling.

“Conditions in the unit 4 pool, 100 feet from the ground, are perilous, and if any two of the rods touch it could cause a nuclear reaction that would be uncontrollable. The radiation emitted from all these rods, if they are not continually cool and kept separate, would require the evacuation of surrounding areas including Tokyo. Because of the radiation at the site the 6,375 rods in the common storage pool could not be continuously cooled; they would fission and all of humanity will be threatened, for thousands of years. […]”

In early stages of the Fukushima disaster Tepco, under influence of the Nuclear and Industiral Safety Agency (NISA), tried to keep the full ramifications of Fukushima under wraps, and now the entire country faces a possible trillion dollar price tag and multiple decades of active clean up to make this go away, but that will all be a moot point if the fuel rods aren’t removed properly.

All the boron between spent fuel rods has disintegrated. This means a nuclear chain reaction could ensue if the rods get too close together in the pools, causing nuclear mayhem like we’ve never endured. In less than two months, Tepco plans to try to remove these rods, admitting that they haven’t the expertise or resources to do it perfectly – and that is what it would take – absolute perfection.

Some 400 tons of fuel in that pool could spew out more than 15,000 times as much radiation as was released at Hiroshima….

… More than 6,000 fuel assemblies now sit in a common pool just 50 meters from Unit Four. Some contain plutonium. The pool has no containment over it. It’s vulnerable to loss of coolant, the collapse of a nearby building, another earthquake, another tsunami and more.

Overall, more than 11,000 fuel assemblies are scattered around the Fukushima site. According to long-time expert and former Department of Energy official Robert Alvarez, there is more than 85 times as much lethal cesium on site as was released at Chernobyl.”

This is no time for Tepco or the Japanese government to try to save face, or the world to turn the other cheek. If we don’t treat this as a global disaster it would be like waiting for the Russians to start nuclear war back in the 1980s – or worse. Harvey Wasserman has created a petition at NukeFree.org to alert our own president and other politicians about the extreme seriousness of this incident. All while they were planning to go to war with Syria, the nuclear disaster right under our noses was escalating to unfathomable proportions.

Not to sound doom and gloom, but it’s important to recognize the ramifications if this issue isn’t taken care of – properly.

11 responses to “Breaking: Fukushima Could be 15,000x Worse than Hiroshima with Removal of Fuel Rods”