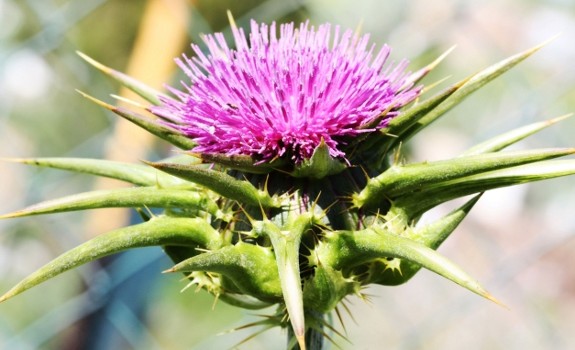 Used for nearly 2,000 years as a natural herbal remedy for various ailments, including those related to the liver and kidneys, milk thistle is a highly underrated natural remedy that everyone should know about. The plant is well-known for it’s abilities to promote liver health by strengthening liver cell membranes and helping the organ to flush out toxins, but it seems that it seems that one of it’s amazing beneficial properties is going a bit unrecognized – milk thistle’s ability to fight and prevent cancer.

In 2007, research published in Integrative Cancer Therapies reviewed numerous clinical studies suggesting milk thistle’s positive effects on cancer. After examination and according to the abstract: “there is strong preclinical evidence for silymarin’s hepatoprotective and anticarcinogenic effects, including inhibition of cancer cell growth in human prostate, skin, breast, and cervical cells”. But even as a “promising” remedy for cancer, this is not, as of now, where the bulk of milk thistle’s positive attributes come in.

“Early laboratory studies also suggest that silymarin and other active substances in milk thistle may have anticancer effects. These substances appear to stop cancer cells from dividing and reproducing, shorten their lifespan, and reduce blood supply to tumors.”

In addition to protecting against cancer, milk thistle is well known among the science community to be able to protect the liver and kidneys from the ill effects of chemotherapy. The active substance in milk thistle, silymarin, which is a mixture of flavanoid compounds, is what’s known for this granted protection. The plant is able to reduce liver enzyme levels, help to reduce inflammation, and assists in modulating T-cells.

If you follow natural health and bathe your mind with natural solutions, then you’re likely aware that milk thistle is far from the only plant or food that has been found to possess anti-cancer properties. Here are just a few other foods and plants that have been in the spotlight for their ability to prevent cancer.