A failing memory can be both frightening and frustrating. The dietary supplement Prevagen boasts that it can improve your memory in just 90 days. You’ve probably seen ads for the pill on TV. But the Federal Trade Commission and New York state Attorney General Eric Schneiderman have jointly filed a lawsuit in federal court, accusing Quincy Bioscience, the maker of Prevagen, of making false and unsubstantiated claims. [1] 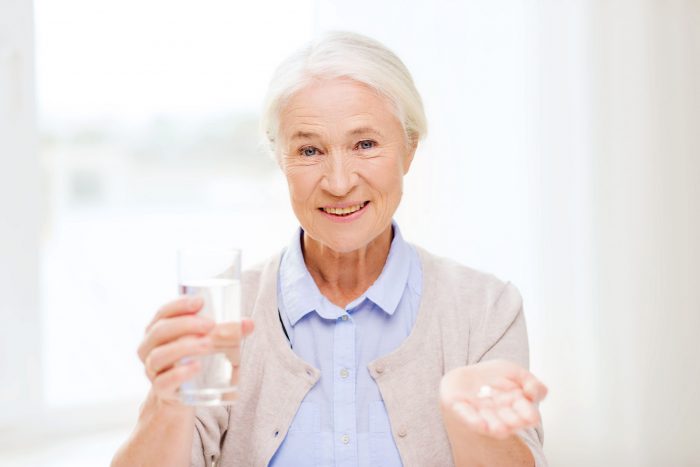 In the lawsuit, filed January 9, the FTC and Schneiderman allege Quincy and its executives of falsely advertising that Prevagen was clinically proven to improve memory in seniors.

The supplement maker has been relying on a single study since 2007 to advertise and promote Prevagen as “clinically shown” to support “clearer thinking” and to “improve memory within 90 days,” according to the complaint.

In reality, however, Scheiderman and the FTC say in the lawsuit that the study used by Quincy failed to show that the treatment group’s memory significantly improved over the control group on any of the cognitive measures used.

Read: The Truth About Most Vitamins and Supplements

That research – the Madison Memory Study – involved 128 subjects taking either 10 milligrams of Prevagen or a placebo.

Researchers assessed the participants on 9 computerized cognitive tasks intended to assess various cognitive skills, including memory and learning, at various intervals over the course of 90 days.

The complaint states that the study failed to show a statistically significant improvement in the treatment group over the placebo group. As a matter of fact, the participants in the treatment group experienced worsening memory. The agencies claim that at day 60, there was a drop in the recall task scores of the participants taking Prevagen from what it was on day 30.

The agencies also allege that Quincy’s own research demonstrated the flawed science behind its claims.

Prevagen was created and marketed based on the theory that dietary protein apoaequorin, the supplement’s active ingredient, enters the human brain to supplement proteins that are lost during the natural aging process. However, Quincy’s own studies show that apoaequorin is rapidly digested in the stomach just like any other dietary protein.

That didn’t stop Quincy from widely marketing Prevagen in national print and TV ads, asking between $24 and $68 per bottle of 30 pills.

“Quincy has amassed a large body of evidence that Prevagen improves memory and supports healthy brain function. This evidence includes preclinical rat studies, canine studies, human clinical studies, and, most importantly, randomized, double-blind, placebo-controlled human clinical testing. This type of testing has long been acknowledged by both the FTC and the FDA to be the ‘gold standard’ for scientific evidence.”

The company goes on to say:

“The sole dispute rests on the interpretation and analysis of the data, with the regulators attempting to hold the company to a standard that is unreasonable, scientifically debatable, and legally invalid. Their experts simply disagree with ours over how to interpret the study results. The FTC should not be the arbiter in matters of scientific debate. We are proud of the work we have done to support Prevagen’s effects and believe our large body of evidence clearly satisfies the longstanding standard to support such claims.” [2]

According to the lawsuit, Quincy sold some $165 million worth of Prevagen between 2007 and mid-2015.

Quincy says that it will “vigorously defend” itself against the allegations.