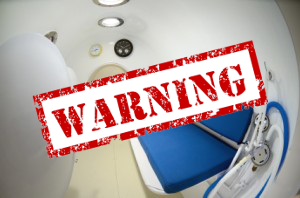 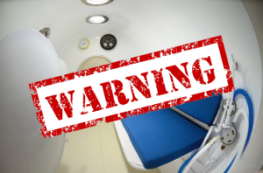 The FDA’s ‘health’ warnings are practically laughable considering how blatantly it has ignored the obvious detriment of GMO food crops and other toxic substances to the American public. So it should come as no surprise when the organization tells us that a widely known, healthy alternative solution for cancer and other diseases “has not been clinically proven to be a cure or be effective” even though thousands of people have had first-hand success.

In addition to labeling silver as having ‘no medicinal use’, the FDA thinks ‘hyperbaric oxygen therapy’ (HBOT) used by numerous celebrities as well as every day people around the world is something to be alarmed about. HBOT is simply a large chamber in which the oxygen pressure is above that which is found in the regular atmosphere. It oxygenates the cells to aid in quick healing, and helps people recover from all sorts of disease in a similar manner that our ancestors did – by taking some time to heal in an oxygen-rich, natural environment.

The page with the FDA warning looks more like a misinformation ad, not a true health concern.

A Harvard-issued article discusses the difficulties in giving the FDA regulatory control over natural therapies; HBOT is one that would fall into this category. It is approved to treat a host of conditions:

HBOT is used in numerous hospitals for these specific ailments, so why is the FDA so concerned that you might treat Parkinson’s, diabetes, autism, or cancer? Perhaps because these are some of the biggest money-making diseases in America.

HBOT, in fact, is very effective in treating numerous ailments, and ‘off-label’ diseases – the same way that eating turmeric is good for your immune system at large, but also seems to reduce cancer tumors and lessen cognitive disrepair in Alzheimer’s and Parkinson’s patients. HBOT may be great for those suffering from PTSD, though the White House keeps denying its effectiveness to veterans. Even though more than 280,000 individuals receive anti-psychotic meds: even though HBOT has been shown to be very effective without all the side effects.

Dr. Paul G. Harch, president of the International Hyperbaric Medical Association Foundation, pioneered this treatment. It shouldn’t be ignored even though the FDA poo-poo’s its unsanctioned use. One mother in North Carolina treated three autistic boys effectively with HBOT. Even the American Cancer Society admits it can be helpful in the prevention and treatment of osteoradionecrosis, a term for delayed bone damage caused by radiation therapy.

HBOT can be incredibly effective. It looks like the drug-pushers, i.e the FDA, don’t want you to know about a treatment that just uses oxygen. Why is this not surprising?