FDA: ‘Silver Has No Medicinal Use’, Though its Been Used for Thousands of Years 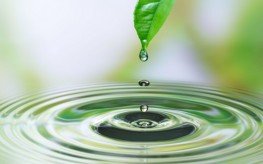 Colloidal silver has been used as a medicine due to its anti-bacterial and antimicrobial properties for as long as anyone can remember. These properties and more are what protects the immune system from disease. But thanks to the Food and Drug Administration (FDA), we are being told that silver has absolutely no medicinal value.

In fact, the FDA along with the Swiss chemical company HeiQ, recently argued over nano-silver-based antimicrobial fabric treatments, saying that they could pose a risk to the public. Meanwhile the EPA allows its use in clothing, bedding, cosmetics, electric shavers, baby bottles and food containers, with the known benefits standing the test of time for literally centuries.

Some microbiologists, including Gregroy Crocetti, are saying that the hysterical warnings by lawyers from the Natural Resources Defense Council (NRDC) and FDA will destroy the use of nanosilver for numerous therapeutic uses if the pending lawsuit determines that the FDA’s frivolous claim that ‘nanosilver is harmful’ is found to be true. This is also ridiculous when you realize that silver has been very effective at killing all kinds of bacteria in with 3 distinct means:

It’s interesting that Big Ag would want to diminish the medicinal use of silver considering that not only that it has been proven to be effective without being toxic, but also since many bacterial strains are now growing out of control due to the genetically modified bacteria being used to grow food crops and the overuse of antibiotics. Conventional antibiotics are starting to be less and less effective at controlling disease, so why wouldn’t we want to utilize nano-silver? It is even resistant to bacteria like E. coli and Staphylococcus aureus.

If silver was recognized as a therapeutic agent – in the time of the antibiotic resistant disease – that would mean big trouble for Big Pharma.

Colloidal silver – which is simply nano-silver suspended in liquid – is not recognized by the FDA as medicine, even though there are hundreds of studies that prove it is very effective against numerous bacterial strains. Furthermore, there are currently no known cases of silver-resistant bacteria. Looks like the FDA wants to eliminate their competition again – and keep its hooks in us while feeding us ever-less-effective antibiotics, when a little bottle of colloidal silver would do the trick.

8 responses to “FDA: ‘Silver Has No Medicinal Use’, Though its Been Used for Thousands of Years”