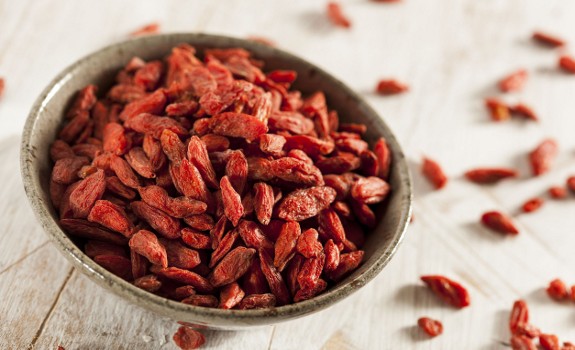 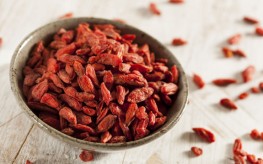 Most fruit, like apples, pears, bananas, oranges, etc. are wonderfully healthy foods, but we would never turn to them as a source of protein. All fruits have trace amounts of protein – a cup of apples will provide 1 gram and a cup of raisins will provide 5 grams (according to the USDA). Vegetables are similar – a cup of carrots, onions, or tomatoes will yield about 1 gram of protein as well. But one fruit, grown high in the Himalayan foothills, contains numerous trace minerals, vitamins, and is considered a great source of vegetarian protein – Goji berries.

Just one cup of Goji berries, also called wolfberries, or Lycium barbarum, contain up to 12 grams of protein!

Here are some other positive attributes of Goji:

This incredible food from the family Solanaceae (which also includes the potato, tomato, deadly nightshade, eggplant, chili peppers and tobacco) is native to Southeastern Asia, originally grown in the incredibly harsh climate of the Himalayan Mountains and also now grows throughout China and southeastern Europe. Their nutrient content and antioxidants alone are something to rave about, but when you add the fact that they contain all the amino acids we need as well as a big dose of protein, they definitely are elevated to ‘super’ food.

Check out our Health Benefits page to see other benefits of your favorite foods.