This is What Your Tap Water Looks Like (Video) 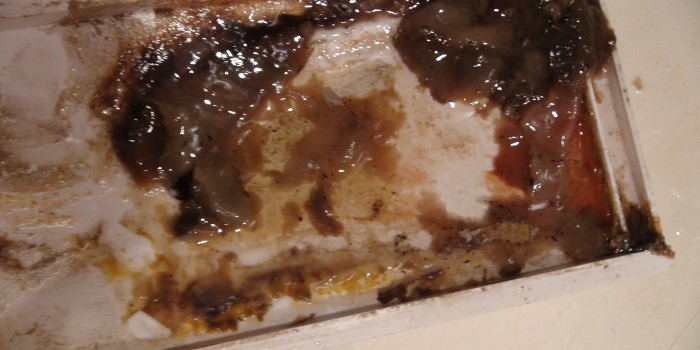 By Natural Society
You’ve probably read countless articles about the horrendous quality of tap water and its numerous contaminants that attack your biology and have been tied to a multitude of health ailments. It is very rare, however, that you can actually see just how terribly polluted your tap water truly is. In the video above, I show you the ‘overflow’ tray of my 12 stage water filtration device that collects the excess amount of gunk that the filters discharge. In other words, this is actually the extra amount of build up amounted from 12 different stages of water filtration and it’s still disturbingly-putrid.

It’s easy to imagine what the rest of the heavy metals, parasites, chemicals, fecal matter, drug residue, dirt, dust, and urine contamination would look like that are cleared by the filters. I may do some future videos showing the insides of the filters as well just to give you an idea. Upon pulling out the reverse osmosis filter, it’s pretty easy to screw open the top and see a whole lot of brown residue quite similar to that of the video.

I imagine one response many reading this might have is ‘well why doesn’t my water filter look like this?’ The first question you should ask yourself is whether or not you have a really serious high quality filtration device. If you’re using something cheap like a Brita filter that you picked up from your local supermarket, you’re not going to see anything near this amount of captured toxins. Why? Because cheap Brita filters don’t grab very much from the tap water you’re drinking, and allows virtually 100% of the fluoride and other heavy metals to pass right on through.

As I explain in my previous article highlighting the top 4 ways to radically transform your health, it’s vitally important to acquire either your own high quality water filtration device or pure spring water. I recommend purchasing a reverse osmosis filtration device and ensuring that you replace vital minerals removed from this process through the addition of apple cider vinegar, real Himalayan sea salt, or a mineral filter (my personal method) addition. Alternatively, checkout the website Find A Spring to see if a pure spring is nearby.