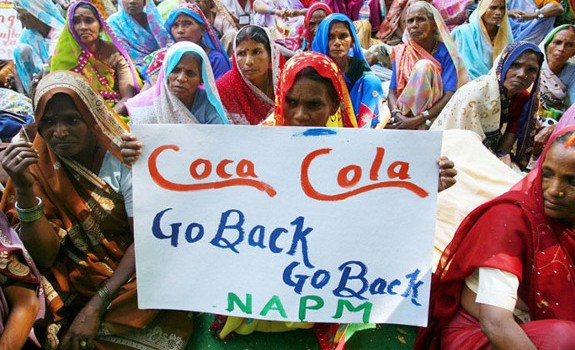 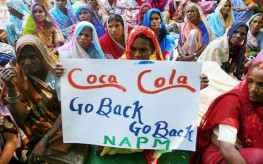 Coca-Cola has been ordered to shut down operations in a city in India for using too much water and violating pollution laws, but the company seeks to keep business running as usual. Just like its heavy funding against the GMO labeling campaigns here in the U.S., Coca Cola is proving itself to be a corporate behemoth with no care whatsoever for its customers.

The groundwater level in Mehdiganj village has gone from safe to ‘over-exploited,’ and Coca-Cola doesn’t care if the village water supply runs completely dry. Villagers continue to protest as their wells dry up, all due to the Coke plant operating there. Farming sustainability and crop health is also suffering due to this irresponsible water use by Coca-Cola, but take no heed – they have some GMO seed from Monsanto they can recommend to you.

In the meantime, while villagers plead for their livelihoods, Coca-Cola has launched a massive campaign (sound familiar?) to grow their Coke-making plant to such a degree that it would increase their ground water usage by up to five times.

What’s worse – Coca Cola has been caught dumping pollution from their plants in economically depressed villages, and even trying to sell the toxic waste to unsuspecting farmers to be used as ‘fertilizer.’

A 60-year-old villager, Savriti Rai, was recently beaten almost to death for trying to protest Coca-Cola’s vile actions. After pressure from the community for over a decade and numerous violations of water-use and pollution laws, the government is finally trying to shut the plant down – and of course Coca-Cola is fighting it.

Add your voice to those who don’t want to see big corporations like this one rule the world with their domineering and mindless behavior any longer. Coca-cola has also shelled out millions of dollars to the anti-GMO labeling campaigns with secret contributions to the Grocery Manufacturing Association (GMA).

I wonder what other corporate secrets they are trying to hide. There are likely plenty, but these companies can’t keep us in the dark forever.