The apps would treat both psychological, physical health issues

Are you one of the 30 million users who turn to the meditation app, Headspace, to be more mindful and less imprisoned by stress and anxiety? If not, maybe you’ve heard of it. It is the darling of both Silicon Valley and Wall Street, and the company behind the app of the same name announced on June 6, 2018, that through its new subsidiary Headspace Health, it will be rolling out a handful of prescription-grade meditation tools. [1]

The company is launching clinical trials this summer in the hopes of winning the approval of the U.S. Food and Drug Administration (FDA) for its first digital health product by 2020, according to Megan Jones Bell, the company’s chief science officer.

Bell wouldn’t divulge what the app would be for, exactly, but she believes it would “likely surprise a lot of people.”

Most meditation apps are created to provide self-help benefits alone (though meditation is linked to a ton of physical health benefits), but Headspace wants to go in a new direction. And if they want to develop an app that purports to treat a specific medical issue, it will require the FDA’s approval.

“I do think it’s reflective of how we think about mental health. I think it’s changed enormously over the past decade. I think in the past meditation was seen more as a lifestyle kind of choice, whereas now we’re actually starting to see a shift towards this more sort of clinical lens.” [2] 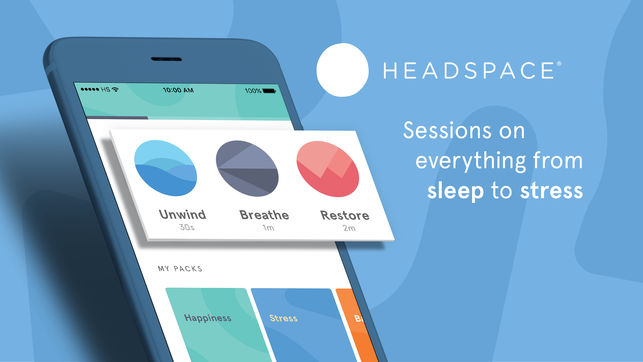 “One of the things that we found in our research is that meditation can impact both mental and physical health in a pretty profound way. The American Heart Association recommends meditation for heart disease. We’ve moved into much more rigorous, multi-site, really high-caliber research that we can advance the science around meditation.”

The FDA is in the midst of implementing its “Digital Health” initiative, which aims to streamline how the agency reviews software products, including mobile health apps. [1]

Read: 5 Enlightening Reasons to Embrace the Power of Meditation

Now, like I said, meditation is linked with plenty of health benefits, but most of the studies touting those benefits aren’t terribly well-designed. According to Jones Bell, Headspace Health is already working with various academic and federal institutions, including Britain’s National Health Service and the University of California, to publish studies that examine just that.

“It’s going to be one of the most rigorous studies of a meditation app to date,” Jones Bell said.

At the moment, the 7-person team is pursuing 12 mental and physical conditions that the app could help treat.